The rainbow trout is native to the coastal waters and rivers of the west coast of North America and Kamchatka in Russia. Domesticated rainbow trout have been introduced to many countries around the world, including Ireland, because of their suitability for raising in hatcheries and their qualities as a game fish when stocked into angling waters. The species is also widely cultivated for food by commercial aquaculture. Populations in Ireland are usually found in recreational put-and-take fisheries in small lakes that are sustained only by stocking from fish farms.

Rainbow trout can be distinguished from brown trout by a flush of rosy pink colour along their sides and their heavily spotted tails. Rainbow trout feed mainly on invertebrate prey, and they sometimes eat small fish. Rainbow trout are more tolerant of warmer waters than brown trout, and they grow well where sufficient food is present. Spawning by rainbow trout and production of juveniles in the wild has been recorded in Ireland, but this has not resulted in long-term survival of self-sustaining populations. 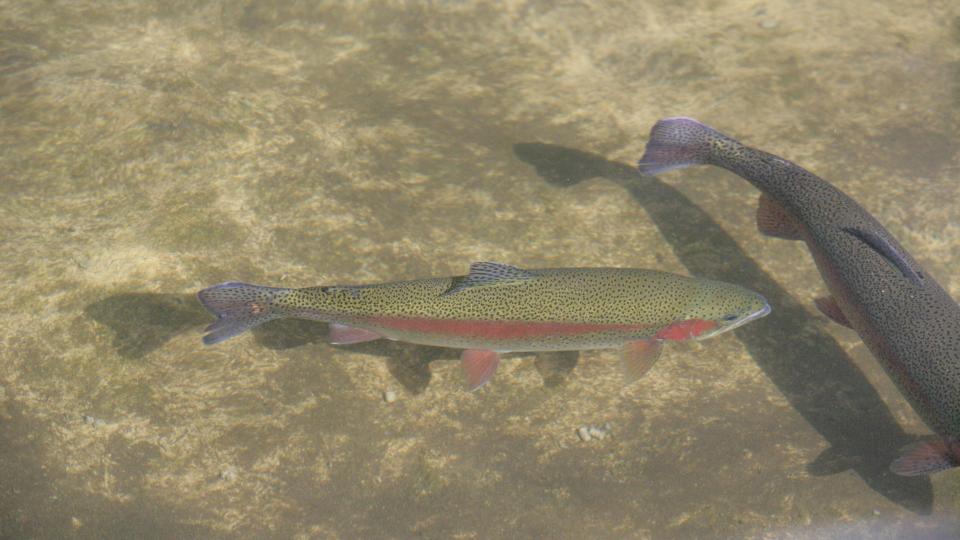