How we are working to minimise the amount of food that gets wasted through initiatives we promote and follow.

Helping the world be less wasteful

Each year, an estimated one third of all food produced – around 1.3 billion tonnes worth about $1 trillion – ends up rotting in the bins of consumers and retailers, or spoiling due to poor transportation and harvesting practices.

According to the Environmental Protection Agency (EPA), in Ireland, we contribute to over one million tonnes of that food wastage every year. That represents a carbon footprint as high as 3.6 million tonnes of carbon dioxide – which equates to the amount of energy needed to power 653,914 homes for one year.

With all of these negative impacts, reducing global food waste has been identified as one of the most effective ways to fight climate change. In fact, as part of Project Drawdown, an international group of experts listed it as the third most effective action we all can take.

The EPA has recommended three simple steps that you and your family can take to get started in your food waste battle: 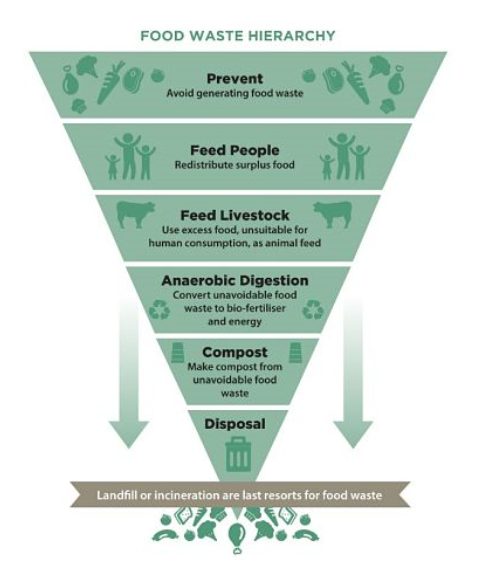 The following waste hierarchy sets out the priority order in food waste prevention and management:

3. Feed livestock – use excess food, unsuitable for human consumption as animal feed where appropriate and in accordance with feed safety regulations

6. Disposal – landfill or incineration are last resorts for food waste

We encouraging all our staff and everyone else to join us in our Stop Food Waste pledge. We have an ongoing Stop Food Waste campaign with posters in key locations (canteens and informal meeting areas) and reminders circulated to all team members regularly.

Reducing food waste is one of the most effective actions we can take to address climate change – it’s simple, it’s free, and it makes a real difference. And remember, we can all make a difference.

Visit the EPA’s stopfoodwaste.ie to find out how you can get started on reducing your food waste now.
Scroll to Top