Peatlands is a type of wetland which covers 17 percent of the land surface in Ireland. Intact peatland is a valuable ecosystem which stores carbon and helps to mitigate extreme floods and droughts.

Peat extraction for commercial or domestic use and the drainage of peatlands for forestry or agriculture has been identified as a significant pressure for 8% of water bodies in Ireland. It is the sixth most prevalent type of environmental pressure in Irish rivers.

The catchments at risk from this type of pressure are spread along the west of the country and in the midlands. These activities can result in changes in how water flows in a catchment. Intact peatlands absorb large amounts of water in wet weather and release water slowly over a long period of time. When peatland is harvested or drained there is less water absorbed during high rainfall events contributing to downstream flooding and erosion. 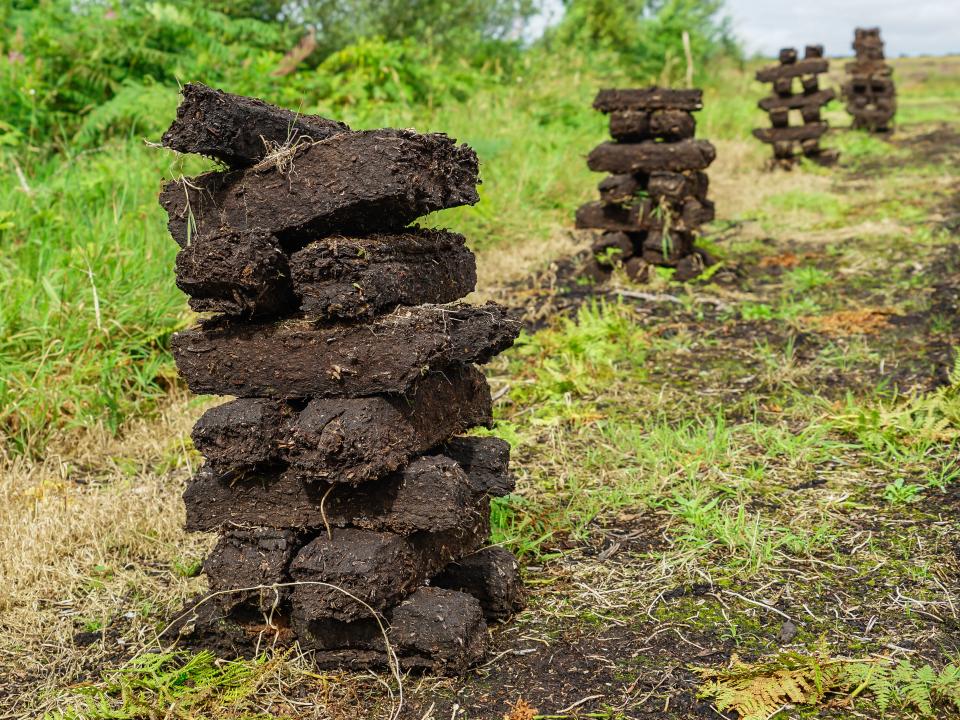 At times of drought water levels drop faster which can result in fish becoming trapped in deeper pools where they are vulnerable to predation. Fish can also become stressed at times of low flows in hot weather conditions. Damage to peatlands and lowering of the water table can cause peat cracking, deformation, collapse or bursts which can destroy kilometres of fisheries habitat and kill thousands of fish.

The generation of suspended solids as a result of peat harvesting or erosion can also have a serious impact on fisheries habitat. Silt can damage fish gills, smother fish eggs or cover spawning gravel making it inaccessible to fish. Insect habitat on the riverbed can also be impacted reducing the food available to fish. Other aquatic species such as freshwater pearl mussels can be greatly impacted by increases in levels of suspended solids in river waters. Inland Fisheries Ireland has carried out rehabilitation works to restore spawning habitat for salmon and trout which were covered by peat solids.

Measures that can help repair damaged peatlands include rewetting to prevent losses of sediment and ammonium, and improve the flow condition in downstream catchments.