European Sea Bass legislation was first introduced to Ireland in 1990 after the stock collapsed. It has been followed by various statutory instruments and bye-laws which make it illegal to take more than a certain number of European Sea Bass from Irish territorial waters.

Legislation falls under the Maritime Jurisdiction Act and various EU Directives. The current EU legislation stipulates that it is illegal to keep more than two European Sea Bass caught in any 24-hour period.

The current legislation also made it illegal to keep any European Sea Bass during the period of 1 January to 29 February and 1 to 31 December 2020. There is currently a minimum size limit of 42 cm for each Bass retained. Bass legislation changes annually – visit fishinginireland.info for up-to-date regulations.

The European Sea Bass is a shoaling, schooling and a very slowly maturing fish. These fish do not reach sexual maturity until they are at least five years old, when they are about 42 cm long. They are classed and prized in Irish waters as sport angling fish.

There have been a number of cases over the years of people fishing illegally for Bass with rod and line from boats and from the shore. Large fines up to €5000 have been issued to individuals in District Court for breach of the legislation.

Fisheries Officers were watching a boat on which two anglers were angling with rod and line. Over the course of the day, the officers observed the anglers catching a significant amount of silver fish which were believed to be European Sea Bass.

Officers informed the anglers of what they had observed and asked the anglers if they had any Bass on board the boat. The anglers produced over 20 Bass, far more than the two Bass allowed per angler per day. The Bass, together with the rod and reels used in the commission of the offence, were seized by the officers.

A case file and a prosecution checklist was completed to bring a prosecution against both individuals. A summons was issued to both men to appear in the District Court to answer the offences with which they were charged. At the District Court, both men were found guilty of the offence of taking more than the permitted number of Bass and both were given a heavy fine while the Bass, rods and reels were forfeited to Inland Fisheries Ireland.

Fisheries Officers observed two men in a boat hauling a net into their boat. A number of silver fish, believed to be European Sea Bass, were observed coming into the boat with the net.

When the boat arrived back in the dock, the Fisheries Officers approached and identified themselves asking the men on board their names and addresses. Once the names were obtained, the officers informed the men about what they had observed and gave them an official caution.

A search of the boat revealed an illegal drift net and a number of Bass on board. The men were questioned by the officers and admitted they were using nets for the capture of Bass, in contravention of the Bass bye-law. The bass and illegal net are then seized by the fisheries officers as evidence for a prosecution.

A case file and a prosecution check list was completed to bring a prosecution against both individuals. A summons was issued to both men to appear in District Court to answer the offences with which they were charged. At the District Court, both men were found guilty of the offence of using a net to take Bass. Both were given a heavy fine and the bass and net were forfeited to Inland Fisheries Ireland. 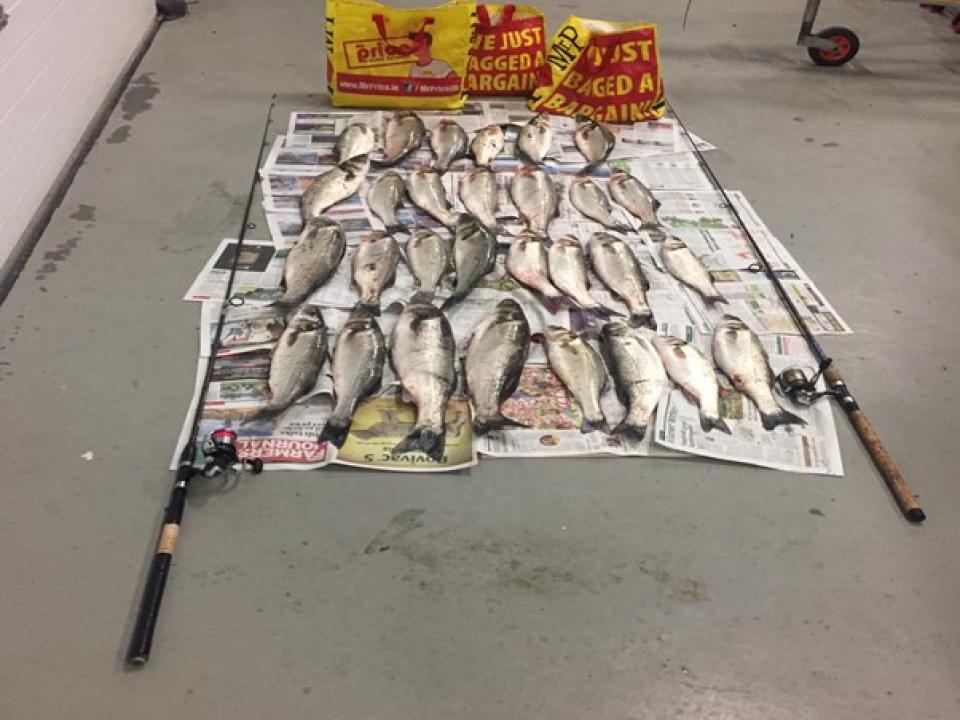