On Sunday the 25th of September 2019 at approximately 18.30pm, our Fisheries Protection Officers were undertaking a routine vehicle patrol along the Garavogue River in Co. Sligo. The team had also planned to undertake a boat patrol of Lough Arrow later that evening to check whether any boat anglers on the lake that evening were being compliant with fisheries byelaws.

The routine vehicle protection patrol typically entails driving alongside a river or lake and visually inspecting the situation to see if any actual, or potential, illegal activity is taking place. In some cases, our officers will be dropped off at one point along a river and picked up at a location further downriver, or across a lake. Often, they will park at a suitable vantage point and use some of the technology available to them, such as long-range spotting scopes or thermal imaging equipment (night sights), to check for illegal activity.

On this occasion, having picked up the RIB (Rigid Inflatable Boat) to be used in their patrol of Lough Arrow, the officers proceeded along the N4 dual carriageway which runs alongside the Ballysadare River. At the Oxbow beat, they noticed a car parked on the grass verge close to the river and a man was standing at the rear of the car. As the officers approached, they could see the man was an angler and was loading his angling equipment into the back of the car. They decided to do a protection spot check of this angler. As they pulled alongside, the angler was seen picking up a black plastic bag from under a nearby fence. When the angler saw the officers he knew immediately who they were and froze.

Officers spoke to the angler and discovered that he had caught and retained three salmon; an offence under a national bye-law which sets a lower bag limit for the retention of salmon at that time of year. The angler also had no salmon licence, which is an offence under the 1959 (Consolidated) Fisheries Act. The angler also had no logbook and was in possession of untagged wild salmon, both of which are offences under the Wild Salmon and Sea Trout Tagging Scheme.

For these combined offences the angler received two fixed charge penalty notices, in lieu of prosecution, amounting to a fine of €300. He also had his angling equipment and catch seized.

There is a considerable amount of legislation in place to protect salmon. This legislation, including primary legislation, Statutory Instruments and bye-laws ensures that where it is legal to exploit salmon this is done so on a sustainable basis. Primary among this legislation is the requirement for all anglers to have a license to fish for salmon, a logbook and appropriate carcass tags.

In this example, the angler had retained more fish than was allowed at time of year and did not have a license, logbook or carcass tags for the retained fish. While it might seem like a minor offence, this was significant because we have invested huge resources into the management of salmon. Salmon abundance in Ireland is declining from historical levels and it is more important than ever that individual populations are managed on a sustainable basis. 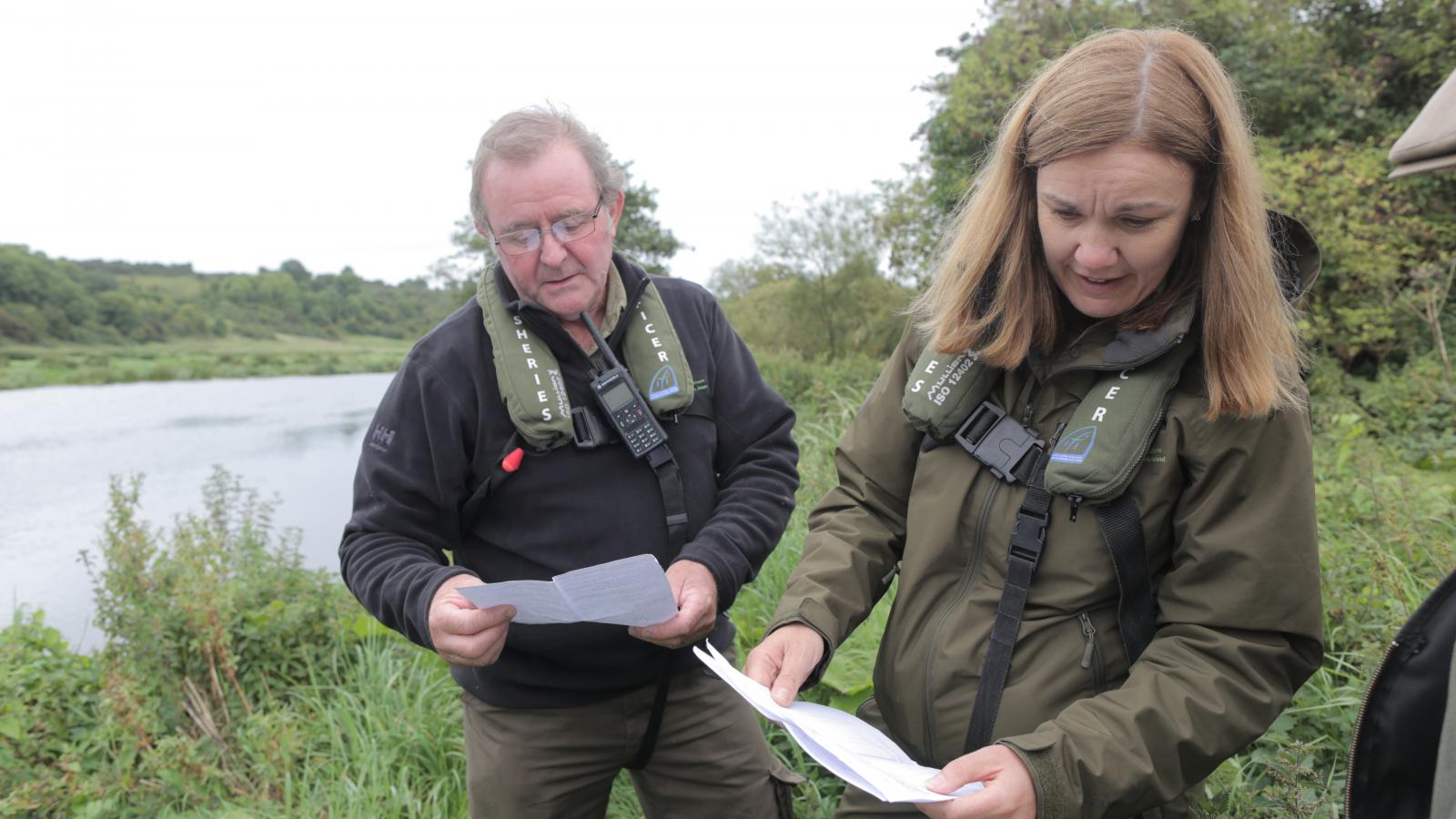