A key aspect of our statutory remit is the detection and removal of illegal nets set along coastal waters, and out to the 12-mile limit at sea. We recently purchased a new fleet of Delta 7.8mHX purpose designed RIBs (Rigid Inflatable Boats) to enhance our national sea-going capability and range.

The key focus of our protection patrols at sea remains the detection of illegal salmon drift nets (which remains banned since the government decision of 2007 regarding closure of mixed stock fisheries in line with International advice for conservation of salmon), stake nets (anchored off islands and headlands) or draft nets (where prohibited or fished unlawfully).

Any unlicensed net set at sea which is capable of intercepting salmon or sea trout on their migration back to their native spawning rivers may be seized by our officers and, where sufficient evidence is gathered, the owner may be liable for prosecution and the net forfeited in the courts.

Protection reports from around the country in recent years have indicated a significant increase in the numbers of returning grilse (one sea winter salmon) to many regions. Regrettably, this has also resulted in an increase in illegal netting at sea as evidenced by a number of significant seizures of nets and salmon around the coast. A total of 45 nets were seized at sea for over 6,200 m in length during 2020.

Although illegal nets at sea are primarily set to target wild Atlantic salmon, inevitably there will be occasional by catches of other wildlife. A number of the illegal nets recovered by our protection officers in recent years were discovered to have sharks, porpoises or a variety of sea birds enmeshed or entangled in them.

Wherever possible, our officers ensure the release of any live entangled fish or other wildlife. However, there are inevitable mortalities associated with this type of illegal netting activity at sea. 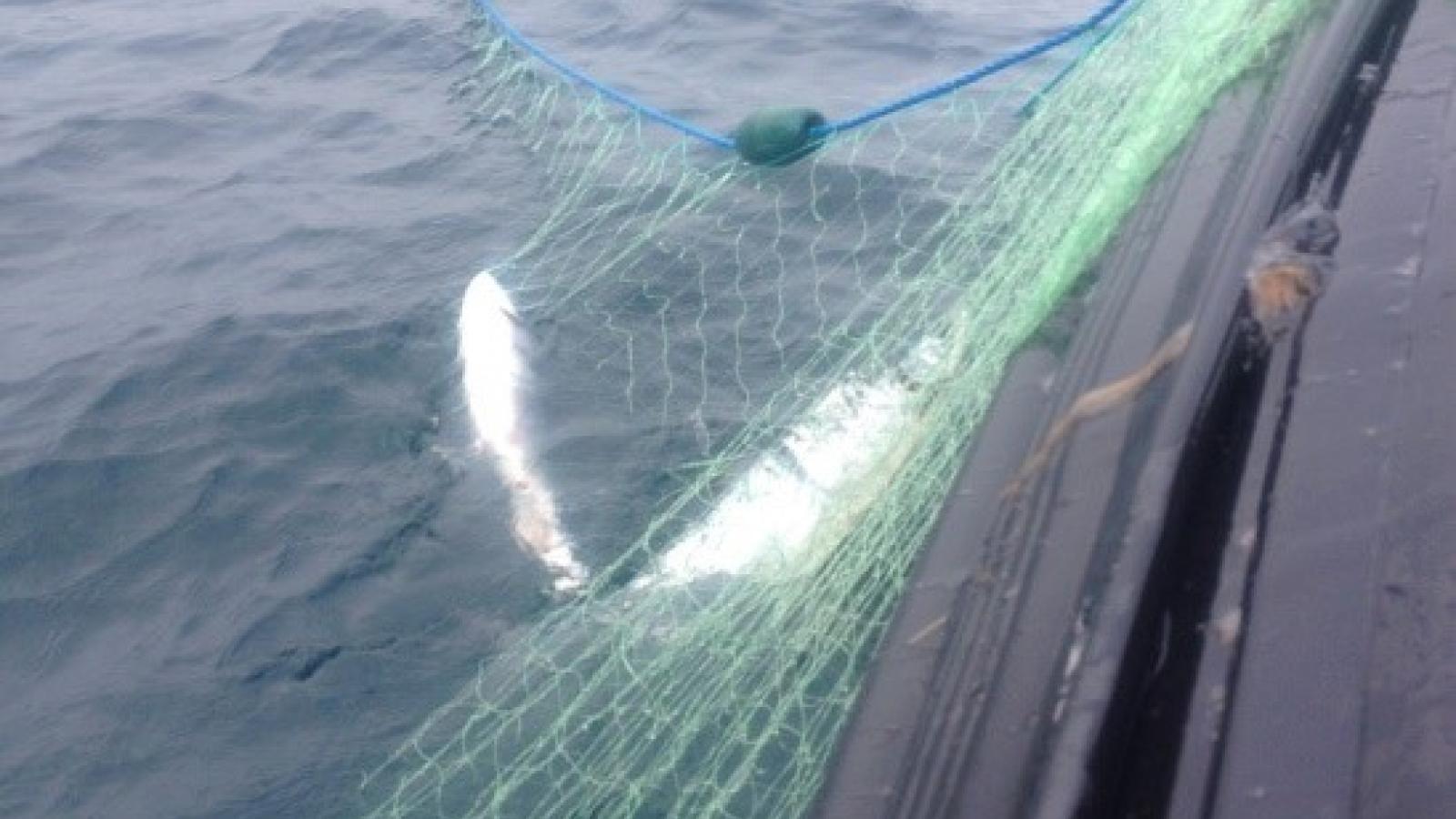