Ferox trout are found in large, deep lakes throughout the native range of brown trout in Ireland and Britain. Ferox trout are large, long-lived trout that are behaviourally and genetically distinct from other wild brown trout stocks in the lakes in which they are found. Their large size makes them a highly valued quarry amongst trout anglers.

In contrast to brown trout which feed primarily on bottom dwelling invertebrates, ferox trout are fish-eating, or piscivorous, predators, which allows them to grow large compared with brown trout. Ferox trout mature more slowly than the typical brown trout and can live for over 20 years. They are believed to be active predators, seeking out and hunting their prey, rather than lying in ambush. Their diet can change depending on the availability of fish prey, and they have been known to switch between species, for example, in Lough Corrib, where they switched between Arctic char and roach.

Recent research by the Ferox Trout Study in Lough Corrib and Lough Mask revealed that most of the ferox trout populations in these lakes spawn in the Cong River and Cong Canal. This reliance on a small number of spawning locations highlights the vulnerability of the ferox stocks in these lakes, and conservation measures have been implemented to protect these spawning locations. 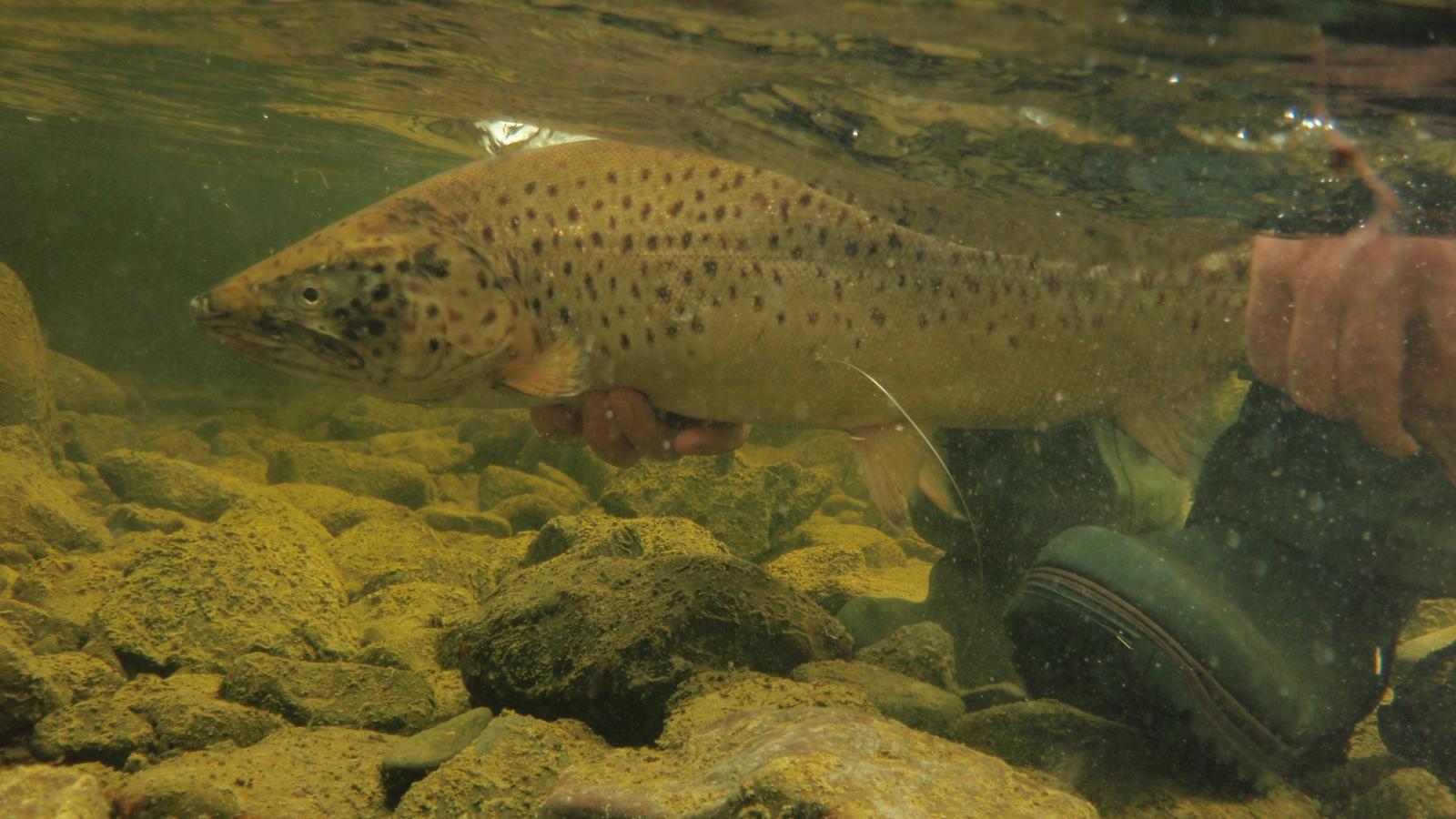 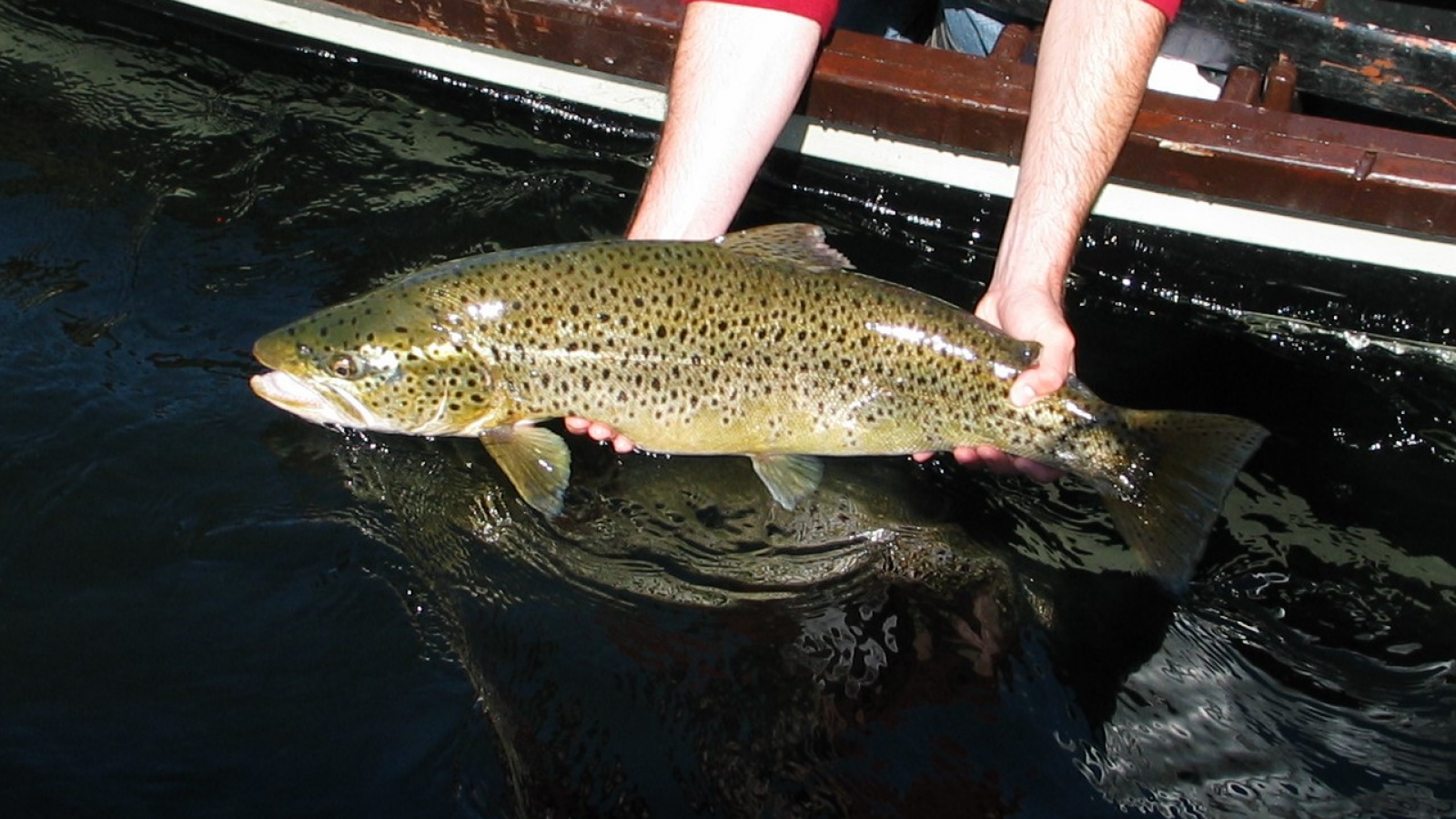