A new initiative to raise awareness about the spread of harmful invasive plant species and the impact of litter on Irish waterways has been launched by Leave No Trace Ireland in partnership with Waterways Ireland, the National Biodiversity Data Centre, Sport Ireland, Canoeing Ireland, Inland Fisheries Ireland, the Marine Institute, Outdoor Recreation Northern Ireland, Sport Northern Ireland and supported by the National Parks and Wildlife Service.

The ‘Check, Clean, Dry’ Campaign’ aims to raise awareness about biosecurity and the impacts of litter and is calling on the public to play their part in protecting Ireland’s waterways.

Launching the campaign, Padraic Creedon, Ecologist with Leave No Trace Ireland said biosecurity is all about reducing the risk of introducing or spreading invasive species and harmful disease in rural and urban environments.

“Ireland is facing an increased threat of invasive alien species in and on its waterways. These are non-native species that have been introduced by human intervention, outside their natural range that can threaten our native wildlife, cause damage to our environment, economy and human health.  Water Soldier (Stratiotes aloides), chub and pink salmon are just some of the species threatening Ireland’s waterways.”

John McDonagh, Chief Executive of Waterways Ireland added: “Waterways Ireland is delighted to partner on this important campaign with Leave No Trace Ireland. Our inland waterways are rich ecological and heritage corridors, enjoyed by a variety of recreational users.  The introduction or spread of invasive species, both terrestrial and aquatic, is of key concern as it negatively impacts our native biodiversity and can seriously disrupt people’s enjoyment of the waterways.  We would strongly urge our users to adopt the Check, Clean, Dry approach so we can all work together to preserve this valuable resource for current and future generations.”

Malcolm Noonan TD, Minister of State for Heritage and Electoral Reform, also expressed his support for the ‘Check, Clean, Dry’ Campaign’. The Minister noted that tackling invasive alien species is vital to our efforts to halt biodiversity loss and that the Programme for Government provides for development of a new National Invasive Species Management Plan.

“Invasive species are a serious threat to our biodiversity, and I fully support the efforts of Leave No Trace and their partners in this new campaign to raise awareness about Check Clean Dry protocols. I’m delighted to see my Department’s strong engagement in this initiative through Waterways Ireland and the National Parks and Wildlife Service, and hope that it will help to improve vital biosecurity measures all over this island’s waterways. Through the British Irish Council, the NPWS also engages with counterparts in Great Britain to encourage water users on both sides of the Irish Sea to apply these simple but effective measures.”

The new campaign is asking anyone who goes out on the water to help in reducing the risk of spreading invasive species and disease by following the Check, Clean, Dry principles.

Information and updates on the ‘Check, Clean, Dry’ Campaign will be available on the National Biodiversity Data Centre’s new invasive species website www.invasives.ie, through Leave No Trace Ireland’s website and its partners’ social media channels.

Leave No Trace Ireland is Ireland’s only outdoor ethics programme, which promotes the responsible use of the outdoors. Through education, research and partnerships, Leave No Trace Ireland enables and supports individuals, communities, organisations and companies in reducing the environmental impact of outdoor activities.

Waterways Ireland is one of the six all-Ireland North/South implementation bodies established under the Belfast Agreement in 1999. It is responsible for the management, maintenance, development, and restoration of inland navigable waterways primarily for recreational purposes

Canoeing Ireland was formed in 1960 and is registered as a limited company in order to provide liability protection for its members. It is recognised by the Irish Sports Council and the Olympic Federation of Ireland (OFI) as the governing body of the sport and recreation of canoeing in Ireland. It is affiliated with the International and European Canoe Federations.

Marine Institute is the state agency responsible for marine research, technology development and innovation in Ireland.

Outdoor Recreation Northern Ireland is a not-for-profit organisation who make it easier for people to responsibly enjoy the outdoors.

The National Parks and Wildlife Service (NPWS) of the Department of Housing, Local Government and Heritage is responsible for implementing legislation and policy on invasive alien species in Ireland. 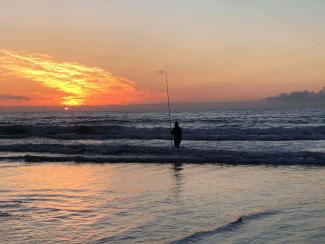 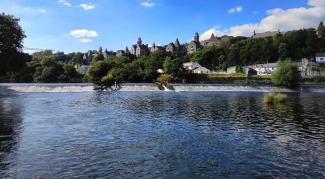