The sea lamprey is native to Ireland, and its geographic range includes the Atlantic coastal waters of Europe and North America and their inflowing rivers. Like all lampreys, sea lamprey lack gill covers or paired fins and have an oral sucker disc instead of a mouth with jaws. Adult sea lamprey are about a metre in length and have a dark, mottled colour, with rows of curved teeth in their suckers, which gives them a striking appearance.

Sea lamprey spawn annually in the lower reaches of large rivers in summer in nests called redds, which they evacuate from stony riverbeds using their suckers to move stones. Adult lamprey die after spawning, and their carcasses can sometimes be seen in rivers. After hatching, larval lamprey drift downstream until they find a suitable muddy or silty part of the riverbed to burrow into. Lamprey then spend several years in a blind, worm-like juvenile form known as ammocoetes, which filter feed microscopic organisms from the water and mud. After about six to eight years, sea lamprey ammocoetes develop eyes and turn silvery, transforming into free-swimming adults as they make their way downstream and migrate to sea.

Sea lamprey are external parasites that attach to host fish with their oral disc to feed on their flesh and blood. They spend up to three years at sea before returning back up into the river to spawn.

The conservation status of sea lamprey in Ireland is classified as near threatened, and issues that may have an impact on their long-term future include pollution, instream works in river channels and barriers to migration. Interestingly, fisheries stock surveys and anecdotal reports from anglers have shown that there are landlocked populations of sea lamprey in several lakes in Ireland. These lamprey are smaller than typical ocean-going sea lamprey and appear to not migrate to sea but remain in lakes to feed opportunistically on large fish, such as bream, pike and trout. 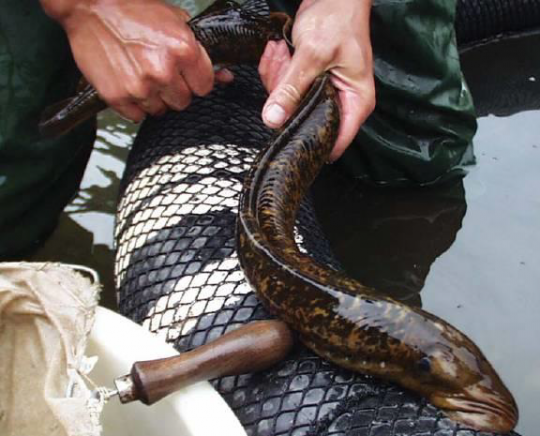 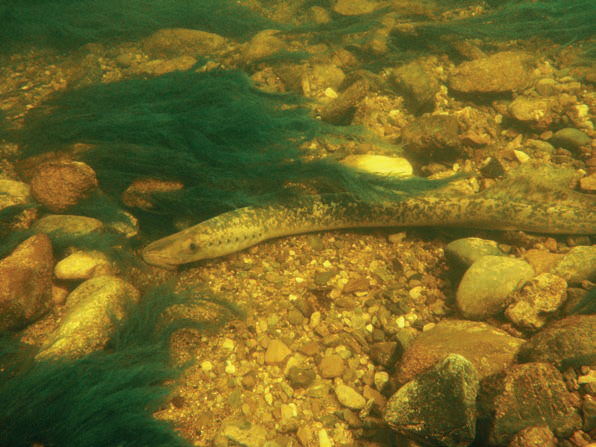 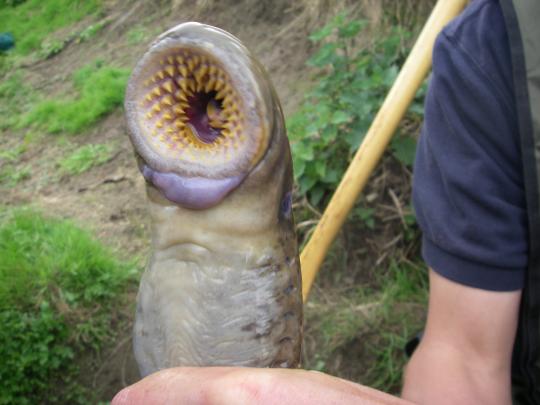 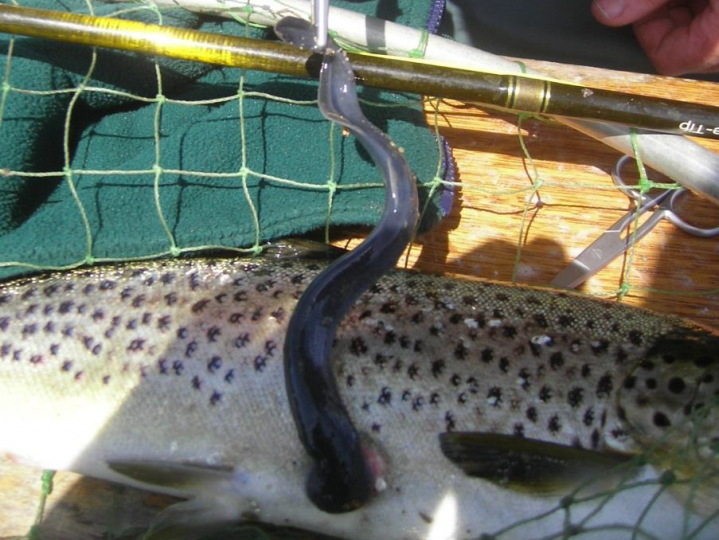 A brief description of the biology and ecology of brook lamprey (Lampetra planeri) in Ireland.

A brief description of the biology and ecology of river lamprey (Lampetra fluviatilis) in Ireland.
Scroll to Top