Public consultation: have your say before December 1st.

Inland Fisheries Ireland has launched a public consultation on the future management of the Wild Salmon and Sea Trout Tagging Scheme.

Inland Fisheries Ireland is welcoming the views of stakeholders as to how the current Wild Salmon & Sea Trout Scheme can be improved. This includes the issuing of licences, logbooks, tags and the reporting of catches.

The state agency is encouraging anyone with an interest in the area to submit their views on how the tagging system, which started in 2001, can be improved and modernised. It is especially keen to hear from salmon and sea trout anglers, angling clubs, commercial fishermen and those businesses that distribute salmon and sea trout licences, such as fishing tackle shops.

Make a submission before the deadline of 5pm on Wednesday, December 1st 2021.

Inland Fisheries Ireland held a public consultation on modernising the current wild salmon and sea trout tagging scheme. The consultation period began on the 20th October 2021 and was open for 6 weeks ending on 1st December 2021. Inland Fisheries Ireland wanted submissions to include the way salmon licences, logbooks and tags are managed and distributed, as well as the management and conservation of wild salmon and sea trout stocks.

There were 196 responses received via the online SurveyMonkey platform, post and email.  The majority of responses were from respondents in Co. Kerry followed by Cork, Mayo, Dublin, Donegal, Galway.   Some respondents are from Northern Ireland and England.

Individual anglers and members of angling clubs made up the bulk of responses, followed by commercial fishermen, angling organisations/federations and licence sales distributors.

10 tags are too many for anglers.  For many anglers anything from 2 – 5 tags per season  would be more than enough with 1 permitted to be used per day (and only 1 tag to 12th May).  Extend the Spring run to 31st May with only 3 tags issued up to this period. Restrict issuing tags in Month of September which is a critical time in the lifecycle of salmon.  No tags should be issued post 1st June until previous tag allocations are reported (Catch effort)  Issue all tags in one lot.  Issue 1 tag per angler with the next one issued by scanning your used tag.   Minimal tags initially with the balance released once previous catches are successfully entered online.  Colour code tags for juvenile licence so they are not abused by adults.  Colour coding tags to distinguish spring catch from 1SW fish.  Change the colour every year to avoid anglers reusing old tags.  Angling tag quotas are often abused, and anglers often canvassed for spare tags. Anglers currently purchase multiple licences to avail of more tags.  Brown tag system very effective at protecting vulnerable fisheries.  Licence and tags could be distributed through the An Post office network. Distributions must continue through outlets, as well as online.  The tag is great as it encourages anglers to obey the rules as the tag is visible on the fish, but it won’t stop untagged fish been put in the boots of cars.   Reducing angling quotas and promoting C&R is welcome by most anglers.  Only the meat hunters complain about insufficient tags.  Issue minimal tags, then allow for additional tags at a nominal fee.   Anglers witness salmon killed and not tagged.  Provide a salmon scale with each logbook/tag returned.  Issue brown tags to locals only, it is those locals who act as custodians to the rivers.  Brown tags are complicated for the tourist angler.  There is an imbalance on the allocation of tags split between angling/commercial.  Both anglers and commercial fishermen have arguments supporting their own and arguments against the other. E.g.  Anglers state that some commercial fisheries share the bulk of quota amongst a handful of licence holders where the anglers outnumber them by multiples of figures.  On the other hand, commercial nets men state, they are compliant with 100% logbook returns and the anglers do not use their quota which could be used by commercial nets.  Issued different colour tags for different months. Rivers should not open until April.  Salmon over 10lb should not be allowed taken or Sea Trout over 5lb.  We also need size restriction limits, this has been proven in Iceland big fish reproduction increases the size of fish on systems over time. The importance of the tagging programme could be communicated more effectively.  I think many anglers have a very vague understanding of why it is important and necessary.  Virtual tags could be used and after each catch, the catch and tag (if tag used) is reported, followed by a new code (tag issued) to angler or code used to bring to a distributor to avail of new tag.

Open all Closed rivers to ‘Catch and Release only’ angling to (a) prevent illegal fishing which is rife in many closed rivers (B) legitimate anglers are the best eyes on the water (b) generate data that will not otherwise be generated if these rivers stay closed. It is not good enough to see rivers closed for years and expect them to open themselves. Practice C&R only on all rivers, abolish the killing of salmon, that will also solve the tags problem.  Open all closed rivers for a 5-years period, if no improvement close it.

Abolish multiple angling licence (especially district Licences) types with only 1 single licence per angler, with a robust identity system similar to a driving licence, firearm licence to; (a) simplify the licence process, bring down the cost of the national licence and encourage more anglers to buy one (B) avoid abuse of tags where multiple licence are purchased (C.) open up more angling opportunities for anglers.   Licence and tags should only be sent to home address.

Licence registration process with ID such as PPS number entered on the licence which can be checked and validated.  Digital platform can check remotely with fines applied, tags renewed, like the Garda ANPR apps.  Anglers should produce Personal ID when a licence is checked (ID card, driving licence).  We should be required to encourage more youngsters to fish, and so the juvenile licence fee should be reduced for all anglers under 21 years of age.

Incentivise the sale of online licences using discount etc.  Restrict licence renewals in the absence of logbook returns to encourage timely and 100% angling logbook returns.  Online facility for licence purchase/renewal uploading of catches, tracked tags used, using phone/tablet via web and phone APP.  Only issue new tag allocations following recording of latest catch.  The online licence should be run similar to that of a Covid Cert available for display online.  Should be photographic Id as licences are open to abuse, i.e. one licence shared by many anglers.  Fishery Officer staff should have access to back-end of database to check for compliance where anglers phone has died and licence not available.  Tags should be allocated centrally and have a tracking number.  The app could communicate with anglers and build a fishing community including reporting illegal activity, timely reminders for licence and logbook renewals including a Forum for anglers on fishing conditions, methods etc.  Photos of salmon can now be geo-tagged. Useful contact medium eg.  Renew licence/return logbook, Practice C&R/stop fishing during unseasonal drought conditions.  Proof of identity should be provided prior to acquiring licence and tags.

Happy with the current paper-based approach and current tagging scheme.  It is run very efficiently.  Most licence holders are not computer literate, no broadband and will struggle with an online system.   Happy to meet with Fishery Officers on the allocation of licence and tags as this is a great opportunity to communicate with IFI and get feedback on current season trends.  Would like more tags as the anglers do not use up their quota and further participation on stakeholder groups.  There should be greater co-operation between stakeholders and release the potential and benefits of net fisheries.  Very unlikely to move to an online platform.  Logbook returns are inaccurate and biased.  50% of anglers return logbooks, 100% of commercial licence holders return logbooks.  Engagement with Draft Net Fishermen and Key stakeholders, who are anxious to be part of the solution to ensuring a sustainable resource for future generation are omitted from state bodies since IFI inception.  This was not the case with the now defunct RFB’s put in place 50 yrs. ago.  Part of the commercial quota should be allocated and used in May/June and not carried over to July.  Guarantee each commercial licence holder a minimum no. of tags as the small fishermen receive less tags and are been squeezed out.   No commercial fishing prior to 1st June to protect Spring fish.  Commercially caught salmon for processing should provide for traceability on all packaging especially smoked salmon and subject to periodic audits.

Should be more robust i.e., online, completed after days fishing as the current paper-based logbook presents difficulties in completing, particularly in bad weather with soggy logbooks at the end of season.  Catch can easily be manipulated and inflated catches to hold rivers open.  Logbook returns are too reliant on returns via the postal system.   A future app could be developed for real time entry of catch records using a smartphone with QR codes printed on the gill tags.  Build an app for reporting including no. of days fished to find out the Catch per unit effort (CPU).  Attach the tag, take a pic which scans the tag and upload it to the app and then no need for sending back reports at the end of the season.   Under the current system it would be useful to have pre-post envelops for N.I.

Need a substantial increase in enforcement on the river banks as there are not enough fishery officers on the ground.  One way to promote this is to open up closed rivers to ‘Catch and Release only’ angling as legitimate anglers are the eyes and ears on the water and help to deter illegal fishing.  Tougher penalties for breaches. Anglers vehicles need to be checked also.

Restore the distributors commission to 10% for licence sales to include the SCF component.  Takes too much time to fill out licences for customers that purchase licences in shop.   Provide a separate printer and ink for licences.  Min 15% commission.  Shops are charged % of card fees, and most customers now pay by card.  A lot of time can be spent by distributors explaining the rules and regulations to customers.  Distributors play an important role in giving advice.  OK with online sales but anglers not happy waiting 2-3 days for tags, let them pick the tags up in distributors.  The national network of licence providers is excellent.  So too is the information available about the limits of the licence.   Distributors must be retained as they are the front line dealing with anglers.  They are also assisting IFI in their job when IFI are unavailable.

Sea Trout should be removed from the scheme with a separate licence and conservation regime.

Fishing trawlers along the coast are intercepting salmon.  Seals on the estuaries are also killing salmon.

Should be more competition for tourist anglers to compete with Scotland.

Remove fish farms at sea, they are the problem, else all fish will be gone.

Give an annual detailed regional breakdown of the salmon conservation spend for the region with independent consultant analysis of the projects undertaken.

MSW salmon should get protection for the whole season e.g.  Lower limit of fish taken over a certain length.  Should be a fish size limit.

Worm fishing should not be permitted early season to protect Spring fish.  Ban the prawn on every river.  A gang of people fishing prawns can do just as much damage to a fishery as a net.  Nationwide prawn/shrimp ban and ban the anglers who break fishery legislation.

Update the list of open/closed dates for all rivers and lakes.

Barbless hooks should apply to all fisheries.

The findings of the consultation have been shared with fisheries managers for their consideration. Inland Fisheries Ireland is progressing to improve the on-line licence  and log book system. 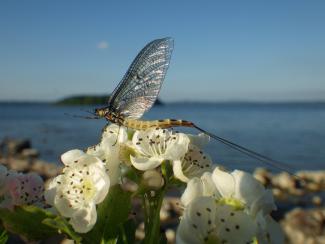 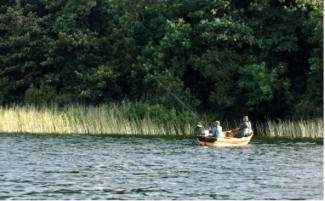