Background to the study

The ecology of many Irish lakes has changed significantly since the 1960s, when these systems were reasonably pristine and the fish community was dominated by brown trout, perch and pike.

Agricultural runoff has resulted in on-going nutrient enrichment, leading to algal blooms. This effect has subsequently been complicated by the invasion of zebra mussels, which filter the water but do not reduce underlying enrichment.

The fish community has also shifted strongly, especially since the arrival of large and fluctuating roach populations in some lakes, which may provide an important new prey resource for pike. These important ecological changes are likely to have implications for the management of the designated trout lakes.

Inland Fisheries Ireland formulated a scientific research programme to answer some key questions that would inform policy options for the future.

Archived IFI data on pike ecology were combined with empirical research on pike feeding. A cutting-edge mathematical model of pike-trout interactions was developed to take account of existing knowledge relating to the focal species, including population dynamics, life-history strategies, feeding ecology, behaviour and physiology. The model was designed to simulate the populations of pike and trout in a lake specified by available input data and was validated using available survey-based time series data from Irish lakes.

This research was supported by additional field work which looked at the seasonal variation in the diet of pike. Genetics samples of pike will be taken from all waters where pike are recorded during on-going routine IFI surveys on lakes and rivers for future analysis. 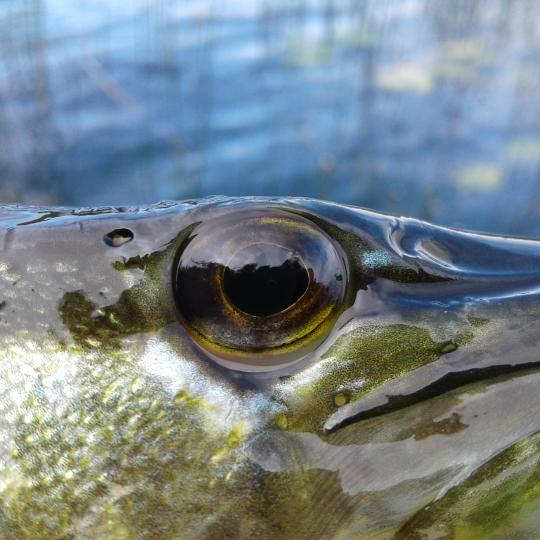 The main finding of the report is that pike in Irish waters may have changed their diet preferences in the last few decades. The finding is based on new research into the dietary habits of pike carried out on Lough Conn in County Mayo and Lough Derravaragh in County Westmeath in 2016.

Previous dietary research carried out in the 1960s and 1970s in Lough Derravaragh and Lough Sheelin (located across Westmeath, Meath and Cavan) indicated that pike preferred to eat brown trout and perch; however, this latest research reveals that pike have changed their prey preference and now predominately eat roach. Researchers in Scotland and England have found similar changes in pike diet occurring in Loch Lomond (Scotland) and Lake Windermere (England). It is thought the changes in diet are due to the invasion of roach in these waters with pike now preferring to eat roach over brown trout.

The research examines whether pike and brown trout can co-exist in the same habitat. Using statistical models, it found that pike and brown trout could live co-exist within relatively large deep lakes with strong stream connectivity; however, in small, low-complex systems, pike introductions could potentially have a devastating impact on resident brown trout populations.

Coexistence of pike Esox lucius and brown trout Salmo trutta in Irish lakes
Salmonid Conservation in an Invaded Lake: Changing Outcomes of Predator Removal with Introduction of Nonnative Prey
Shifts in diet of an apex predator following the colonisation of an invasive fish
Evaluating management options for two fisheries that conflict through predator–prey interactions of target species