Fish ageing is a fundamental element of fisheries research and provides scientists with lots of valuable information. As well as telling us the actual age of a fish, ageing fish helps us to determine their growth rate and to examine various characteristics of a fish’s life-cycle 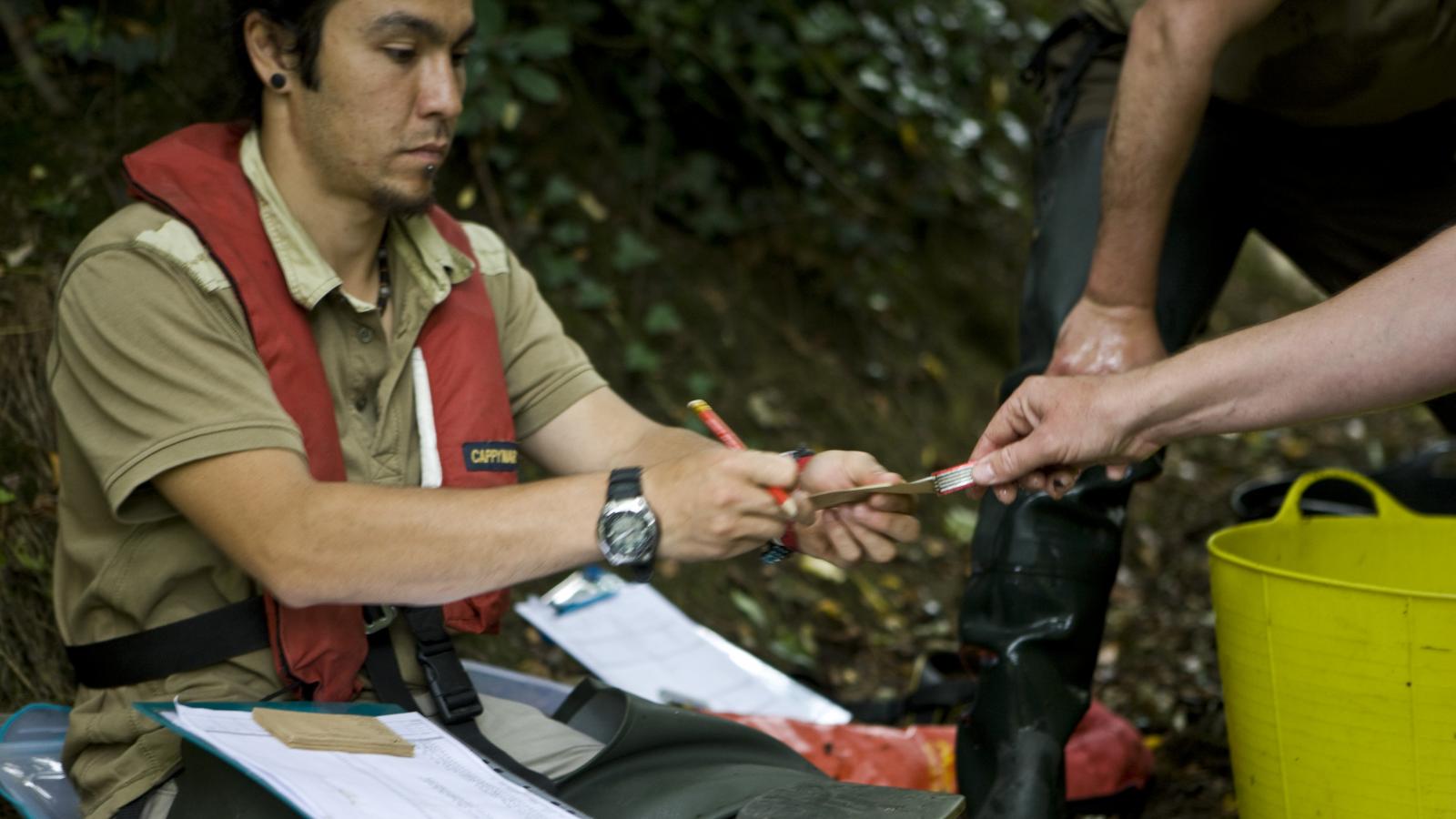 Fishery biologists use calcified structures, such as scales and bones, to determine the age of fish. Fish scales and bones grow bigger as the fish gets older, with new layers of growth deposited around the scale each year. These growth rings are called circuli, and the gaps between them can be measured under magnification to determine growth rate.

In general, the growth rate of fish slows down each winter, resulting in smaller gaps between the growth rings, which bunch closer together to produce thick marks called annuli, in much the same way as the rings of a tree trunk. These annuli can be counted to determine the age of the fish. Scales are the most widely used because they are easy to collect and store.

For some fish species, scales are difficult to age, and other fish species have no scales at all, so bones from the fish must be used instead. The most frequently used bones are otoliths, which are bones from the inner ear of fish used for balance and orientation, and operculae, which are the bony plates of the gill covers of fish. 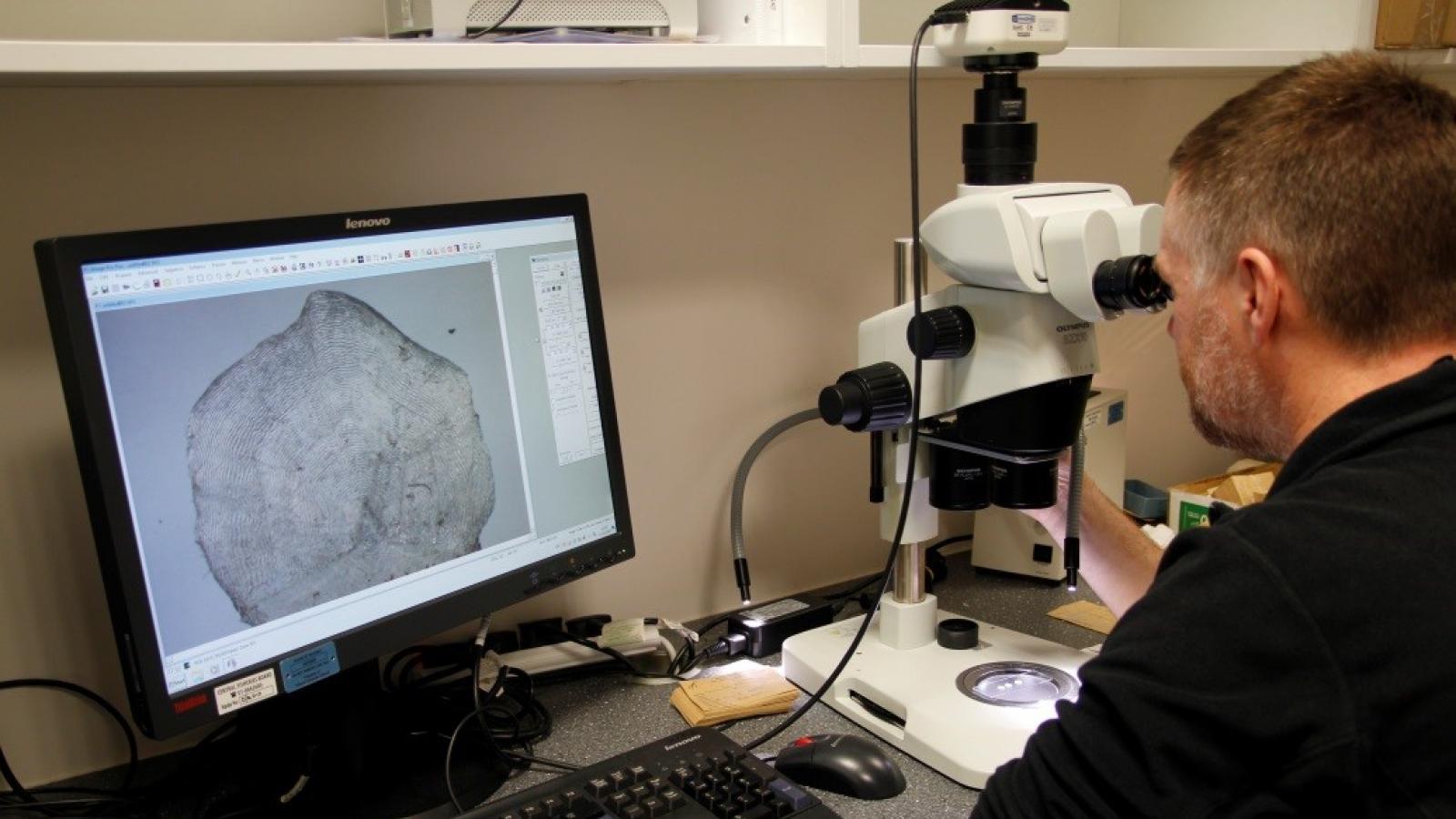 Fish growth rates can vary considerably between different places. For example, if one river has a better food supply and good habitat, this means that this river may be productive, with the resident fish growing at a faster rate and to a larger size for a given age. For diadromous fish, which are species living in the sea but returning to freshwater to spawn, growth rings can differ significantly in size. The growth rings will be narrower for the slower-growing freshwater stage and wider apart for the faster-growing saltwater stages of their lives, which gives us valuable information about the time spent within both locations and when they move between them. 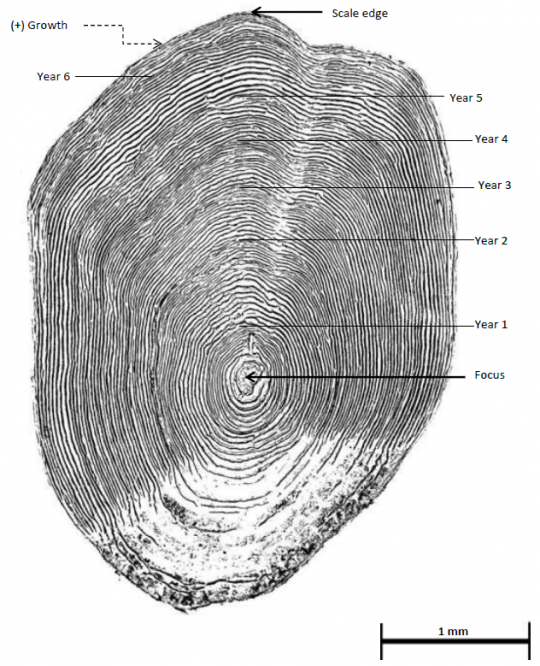 Knowing the ages of fish within a waterbody also tells us about the overall population present. If only young fish are present, the waterbody might be a good nursery location. If only older fish are present, the waterbody might be suitable habitat only for large adult fish. A good mix of ages from juvenile and adult stages of the fish species life cycle tells us that a good cross-section of the population is present and that the population is regenerating itself.

Get involved as a citizen scientist!