European Eels in the Atlantic: Assessment of their Decline

The EELIAD project investigated the marine migrations of European eels and assessed important factors influencing silver eel production and migration success. The European eel is a species under threat, with numbers in catastrophic decline since the early 1980s. In 2007, the EU established the Eel Stock Recovery Plan, which requires national management plans to safeguard eel populations and their habitats. Commercial eel fishing was suspended, and anglers were no longer permitted to retain their catch of eels. Reasons for the decline are unknown, but factors related to human activity, such as habitat destruction, overfishing, pollution and climatic change, were suspected to have an impact.

An improved understanding of the biology and ecology of eels and their interaction with man-made impacts was the focus of EELIAD. This project also examined the prevalence of Anguillicola crassus, a nematode parasite known to infect the swim bladder of eels, possibly affecting depth regulation and migration of eels at sea.

A major goal was to investigate the migration of silver eels back to the Sargasso Sea, where they are believed to spawn, by tagging migrating eels with pop-up satellite archival tags (PSATs) that record depth and ambient temperature on their ocean migration and transmit data to a satellite. The results of this study were published in October 2016 in the journal Science Advances. 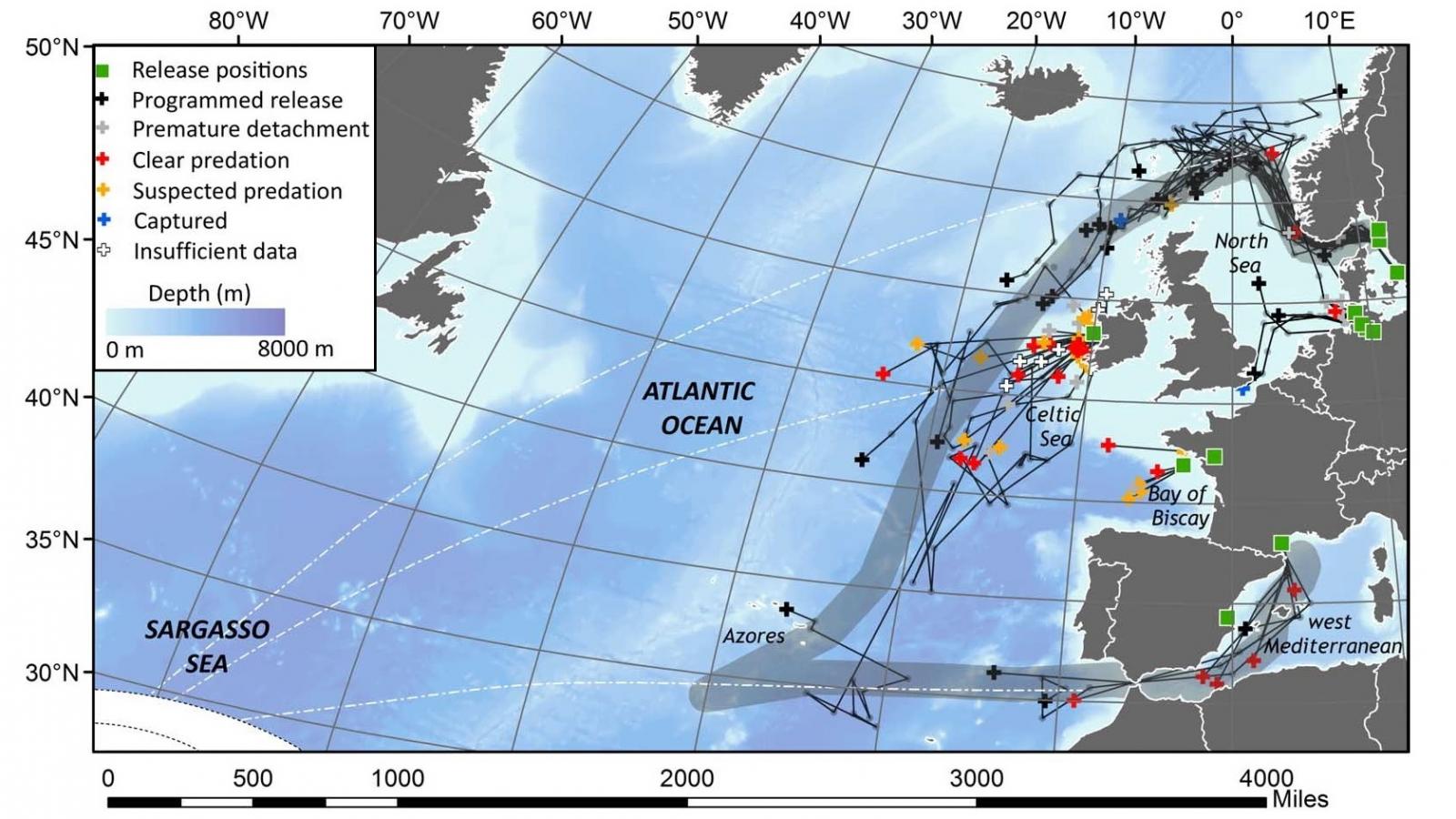