The twaite shad is native to Ireland and occurs in coastal waters and estuaries in the Southeast. Their geographic range includes the coastal waters and inflowing rivers of the Atlantic coast of Europe and the Mediterranean Sea. A landlocked subspecies, the Killarney shad (Alosa fallax killarnensis), is endemic to Ireland.

Twaite shad are very similar in appearance to allis shad (Alosa alosa), and these two species may interbreed. The two species are difficult to tell apart from physical appearance or colour alone, and in the lab, they are distinguished by examining the anatomy of their gills. Twaite shad are deep bodied and herring-like in appearance, with a sharp keel on their belly, radiating lines on the gill covers and a distinct notch in the upper jaw. They are typically a little smaller than allis shad and may have dark blotches along their sides.

Twaite shad feed on invertebrates, plankton and small fish in coastal waters. In Ireland, twaite shad travel up into the lower reaches of main river channels and larger tributaries for spawning, which usually takes place in early summer at night over clean gravels. They typically survive after spawning and may spawn multiple times.

Twaite shad are rare in Ireland, and their conservation status here is classified as vulnerable. Threats to twaite shad include pollution, barriers to migration and commercial fishing, which may accidentally capture shad as by-catch. Indeed, barriers to migration may be partially responsible for hybridisation with allis shad by blocking access to upstream spawning grounds. 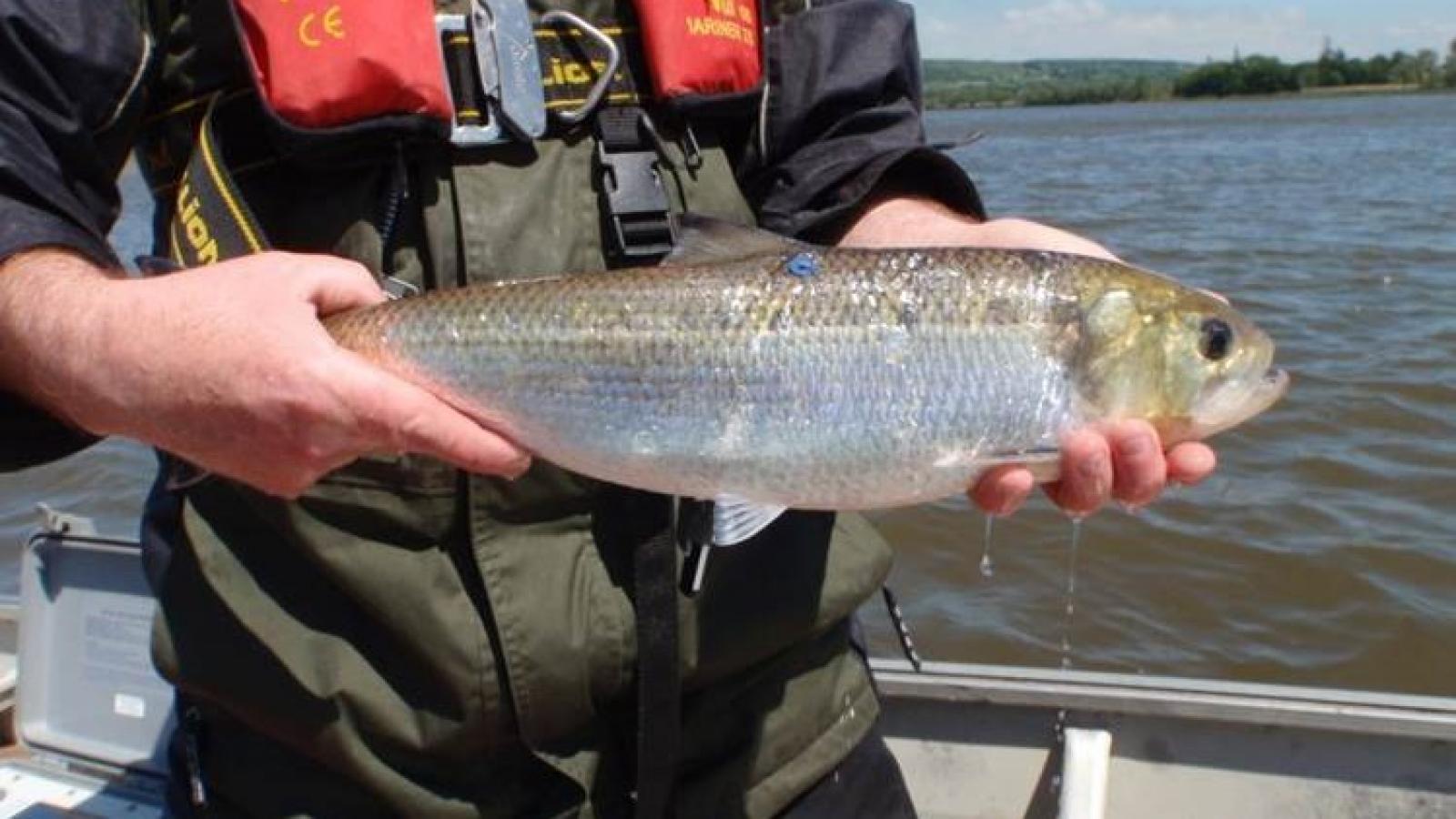 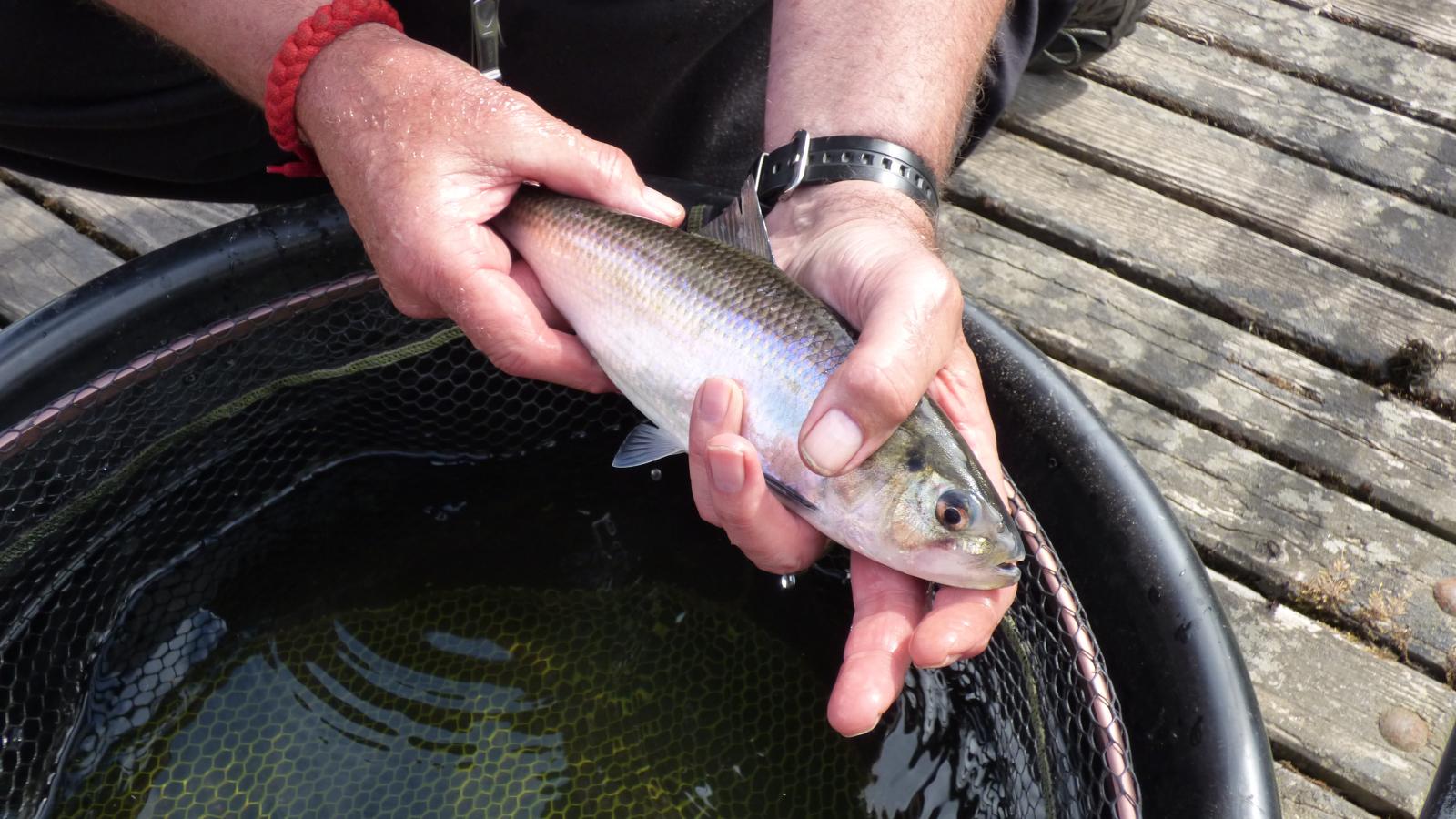 A brief description of the biology and ecology of Killarney shad (Alosa fallax killarnensis) in Ireland.

A brief description of the biology and ecology of allis shad (Alosa alosa) in Ireland.
Scroll to Top