The perch is not native to Ireland, and it is thought to have been introduced here centuries ago to waters near monastic settlements as an easily caught, readily available source of food. The perch has since been very widely redistributed to angling waters around the country. Although their populations often undergo substantial fluctuations, perch are common and widespread fish in Ireland and are frequently caught by anglers. Indeed, the perch is the first species that many anglers catch.

Perch are widespread throughout Europe and northern Asia, inhabiting lowland lakes, ponds and slow-flowing rivers. They are also found in brackish waters along the coast of the Baltic Sea. This tolerance for a range of environmental conditions and habitats allows them to adapt to different areas where they are introduced, and they are considered to have a non-benign impact on freshwater ecosystems in Ireland because they prey upon native species or compete with them for food.

Perch are strikingly handsome fish, with a deep body, black vertical stripes over their green sides, bright red pelvic and anal fins on their bellies, a strong, spiky dorsal fin and a large mouth. Perch are a shoaling species and feed mainly at dusk and dawn on any prey unfortunate enough to encounter them, such as aquatic invertebrates, zooplankton and small fishes. They are sometimes even cannibalistic and eat their own juvenile fry. The perch's bold and aggressive feeding behaviour will sometimes result in bursts of small fish or fry leaping form the water's surface in a desperate attempt to escape a shoal of perch. Spawning of ribbons of eggs over aquatic vegetation takes place in late spring or early summer. 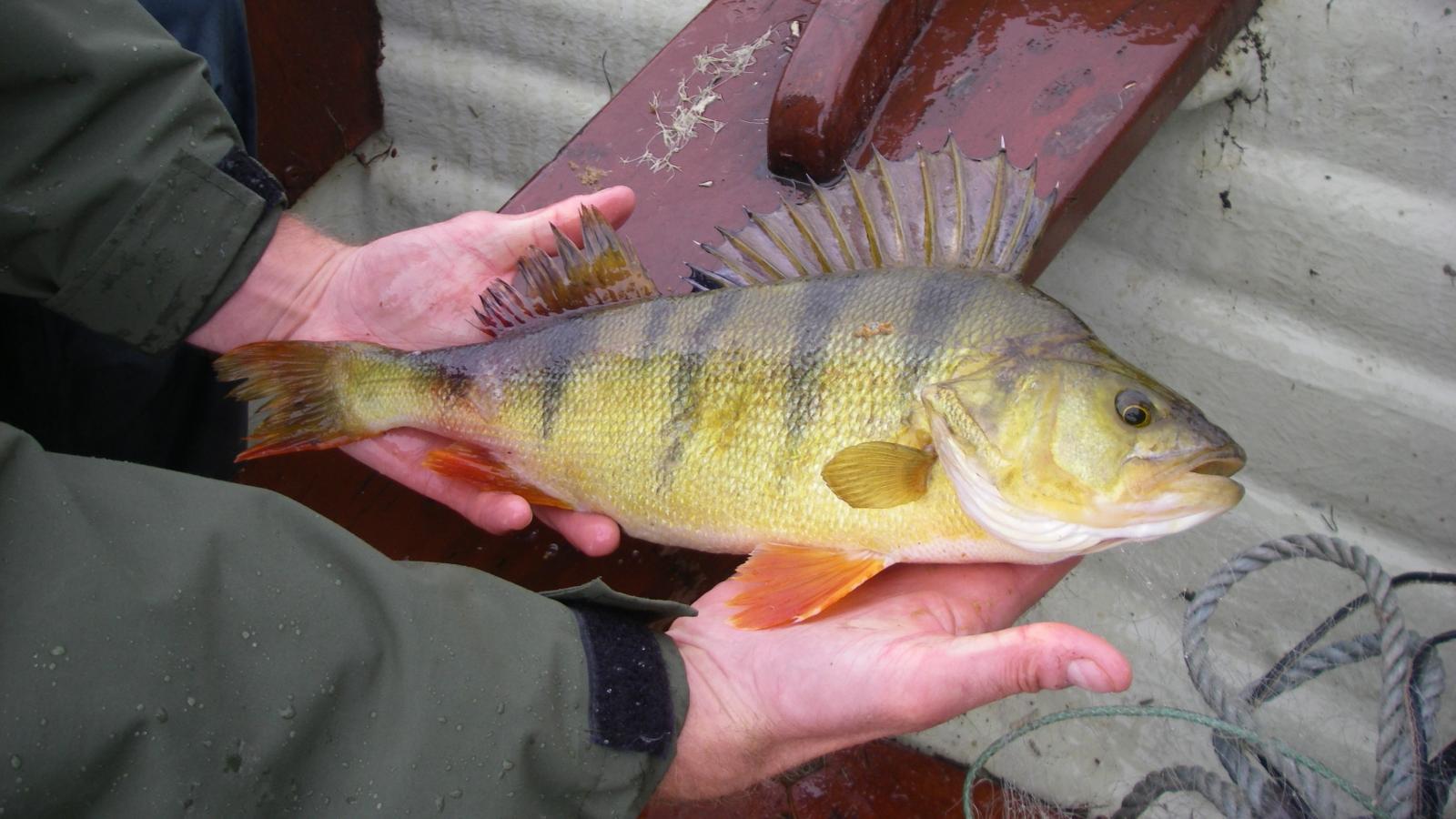