Fish species from the family Cyprinidae are not native to Ireland and are all thought to have been introduced here over the centuries for food, angling or as live bait. In Ireland, the cyprinid species bream, roach, and rudd often spawn together and interbreed, resulting in viable hybrids that mature into fertile adults.

The most common is the roach × bream hybrid, which is valued by coarse anglers because of its size and its ability to put up a strong fight when caught. Roach × bream hybrids have proliferated to the point that they are now more common than their parental bream populations, which is thought to have lead to a decline in the numbers of bream.

Although less widespread, the rudd × bream hybrid is also popular among anglers because it combines the beauty of the rudd with the weight of the bream, giving it the strength to put up a hard fight when hooked.

Hybrids can be distinguished from their parent species and each other by careful examination of their anatomy:

Pictured below are the most commonly encountered hybrids, roach × bream hybrids: 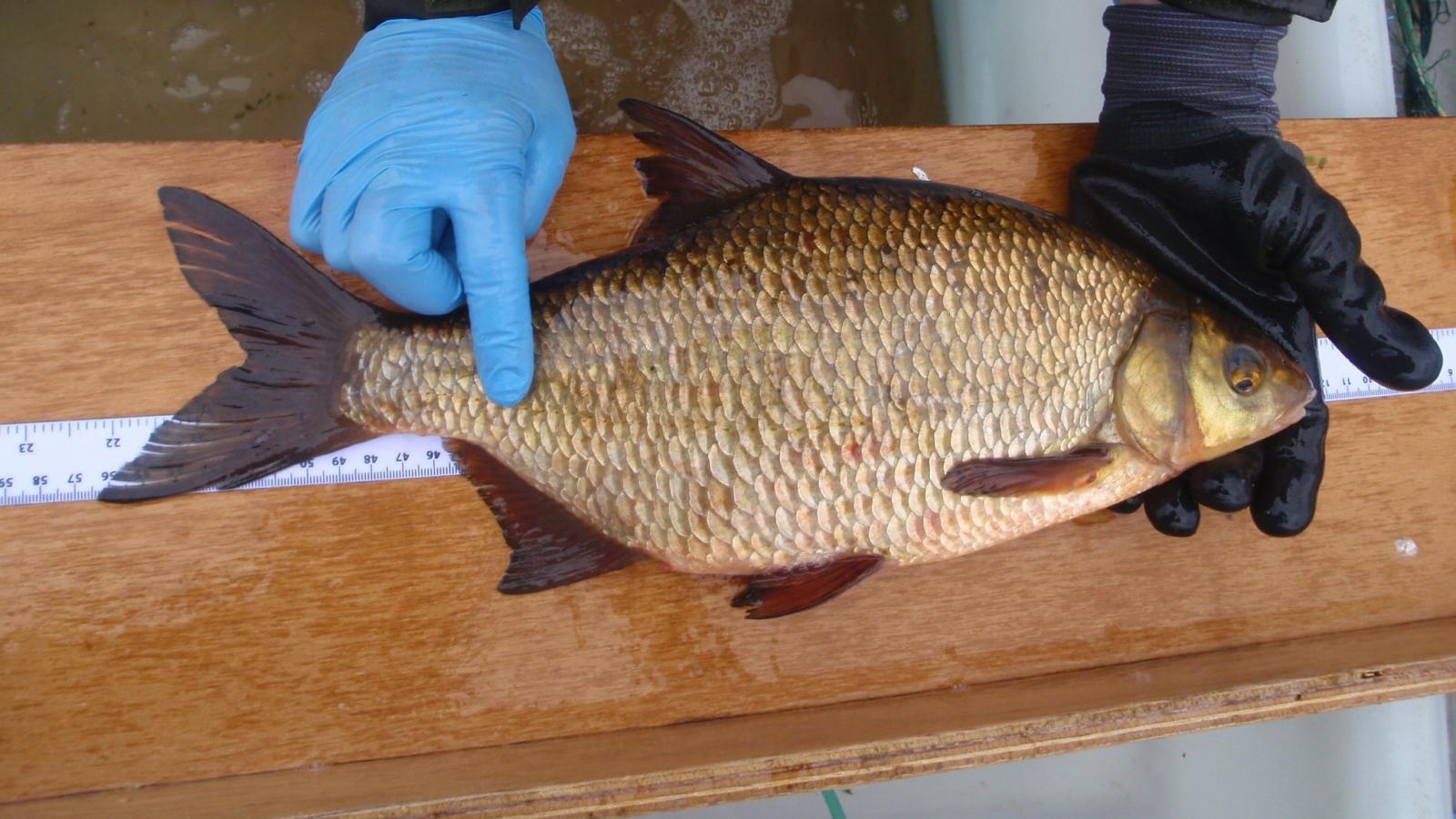 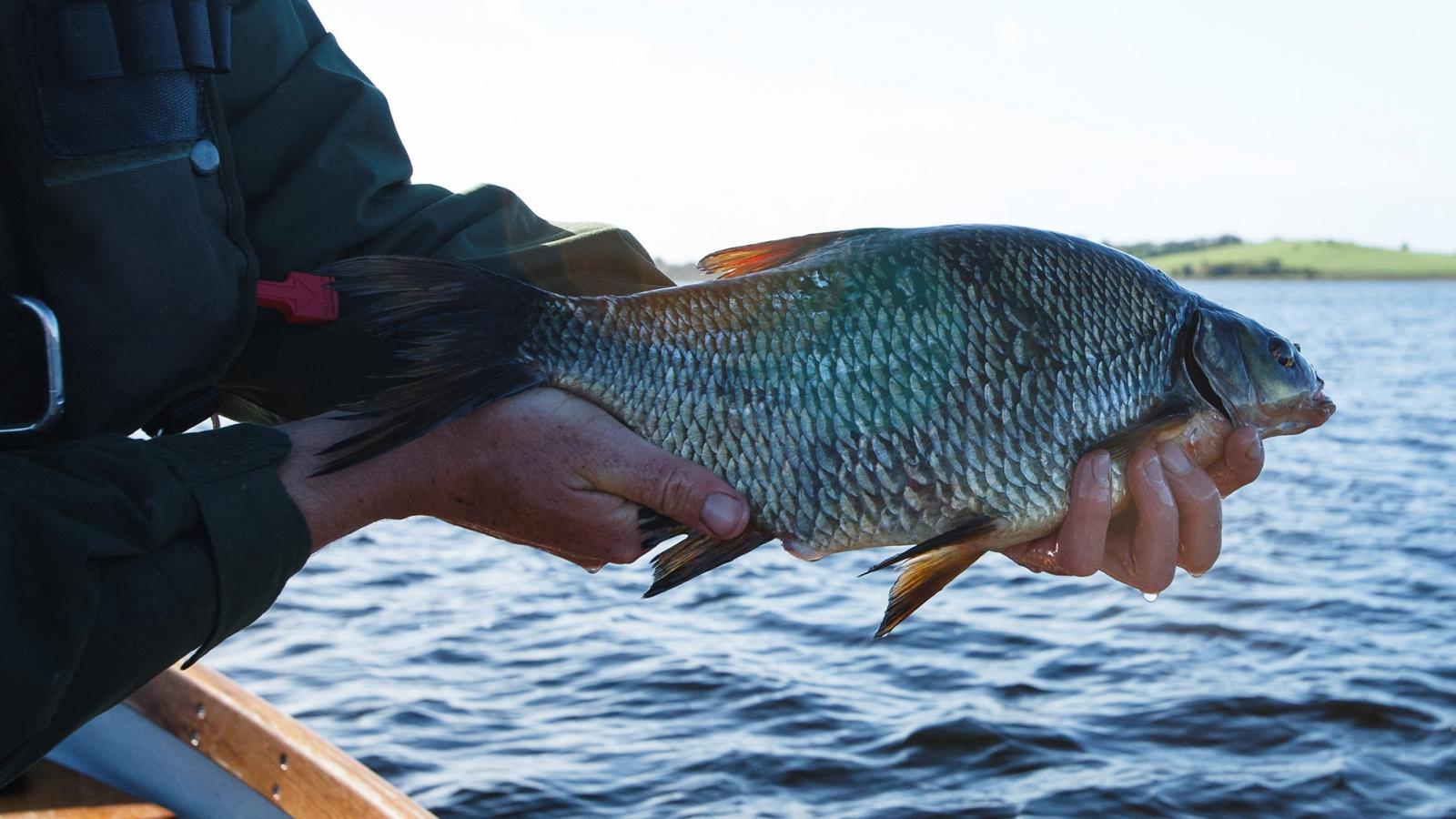 A brief description of the biology and ecology of bream (Abramis brama) in Ireland.

A brief description of the biology and ecology of roach (Rutilus rutilus) in Ireland.

A brief description of the biology and ecology of rudd (Scardinius erythrophthalmus) in Ireland.
Scroll to Top