The European flounder is native to Ireland and the coastal waters of Europe. They are abundant in coastal waters and estuaries, moving in and out with the tides. Unlike other flatfish, young flounder frequently move upstream beyond the tidal limit to spend a substantial part of their lives in freshwater in the lower reaches of rivers, sometimes even inhabiting lakes in some parts of its range. When mature, flounder migrate into the deeper coastal waters to spawn in winter.

The flounder is a flatfish, which are usually born round like other fish, but which soon develop a flat shape and swim on one side close to the bottom, with their skull bones twisting so that both eyes move around to one side of the body facing upwards. The upwards side of flounder is variable in colour and usually a mottled brownish or greenish-grey colour, occasionally with orange blotches, while their downwards facing side that rests on the bottom is usually white. Flounder—sometimes known as flukes—are best distinguished from other flatfish by touch: they have a line of small, rough prickles along the base of the fins that run around the edge of their bodies.

Flounder usually inhabit sandy or muddy areas in small groups and tend to become active and feed at night. Young flounder feed on invertebrates and plankton, while the adults eat worms, molluscs, crustaceans and small fish. Anglers should exercise care when unhooking flounder because they can gorge themselves on bait and become quite deeply hooked. 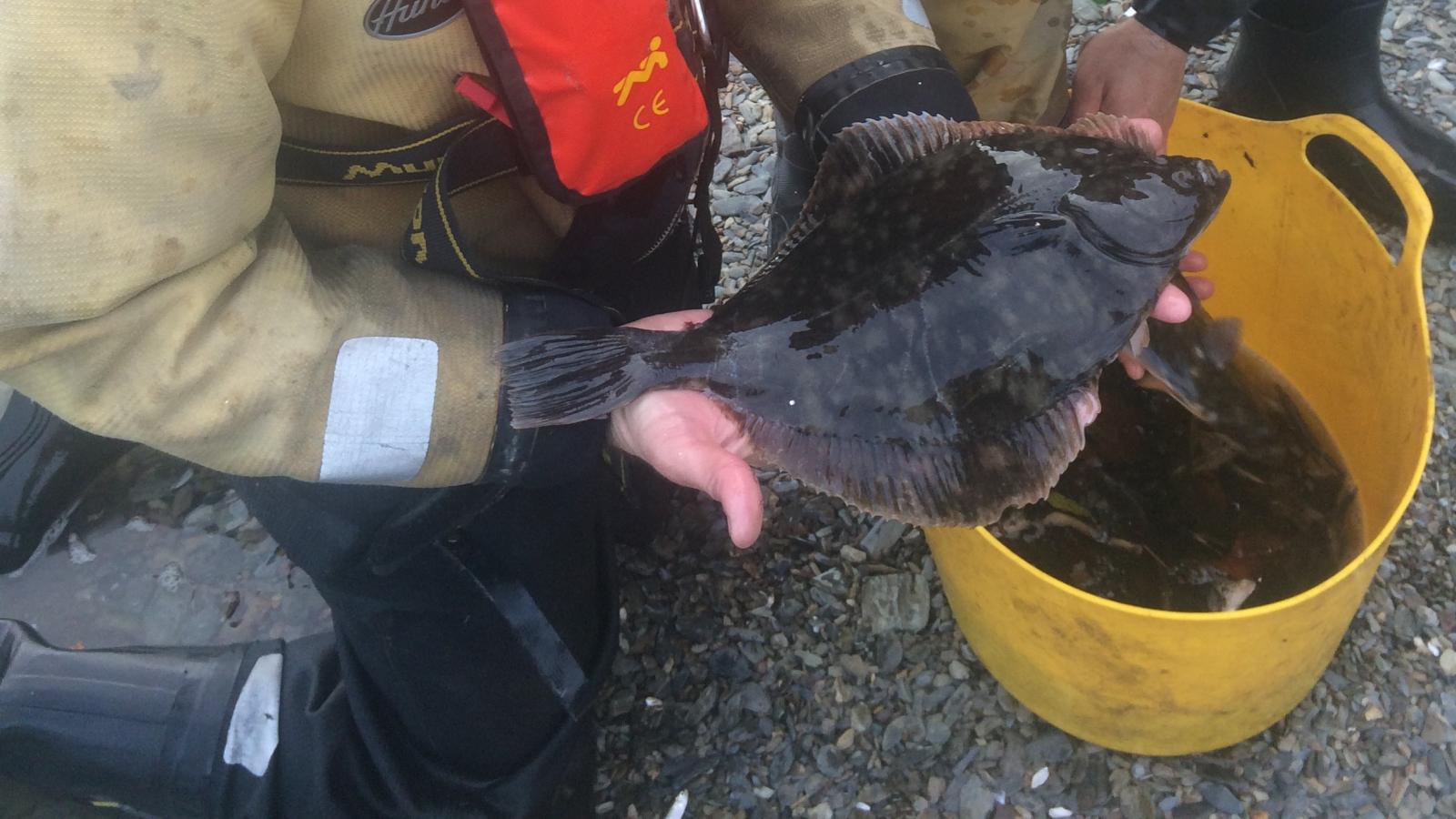 A brief description of the biology and ecology of flatfish in Ireland: plaice, dab, turbot, brill, halibut, megrim & common sole.
Scroll to Top