Most salmon are now ‘released’ by anglers in Ireland – new report

Most salmon are now ‘released’ by anglers in Ireland – new report

A new report published by Inland Fisheries Ireland shows that more wild salmon are now being ‘caught and released’ than ‘caught and kept’ by anglers in Ireland, to help conserve declining fish populations.

In all, 14,138 wild salmon and sea trout licences were issued to recreational anglers in 2020, while 78 public licences were made available to commercial fishermen. Inland Fisheries Ireland’s newly-published report is based on the logbook returns of these licence holders, which shows that recreational anglers caught an estimated 78% of all salmon and sea trout last year, compared with commercial fishermen’s catch of 22%.

The Chairperson of Inland Fisheries Ireland, Fintan Gorman, praised the conservation efforts of anglers, clubs and federations around the country, saying: “Looking at statistics from the 2020 Wild Salmon and Sea Trout Report, it is encouraging to see anglers practicing ‘catch and release’ to a greater extent than ever before. Anglers released 51% of their wild salmon catches in 2020, compared with 47% in 2019 and that’s a very positive development.”

He added: “However, ‘catch and release’ angling by itself won’t solve the problem of declining fish populations, such as wild salmon or sea trout. That’s why Inland Fisheries Ireland will continue implementing other important measures too, such as fish barrier mitigation, water quality monitoring, ‘invasive species’ control and enforcement patrols of fisheries. We will also keep promoting the sustainable stewardship of our precious salmon fishery through our schools and marketing programmes. These are all crucial factors in protecting and conserving our fish populations and their habitats for the benefit of this generation and future generations to come.”

The Wild Salmon and Sea Trout Tagging Scheme provides the state agency with data to assist with the protection, management and conservation of wild salmon and sea trout.

The Chief Executive Officer of Inland Fisheries Ireland, Francis O’ Donnell, has also welcomed the positive conservation efforts being made by citizens across the country to protect Ireland’s salmon and sea trout resource. He said: “Atlantic Salmon and sea trout are facing a very uncertain future due to habitat degradation, water quality issues, unacceptable levels of poaching, marine migration issues and the effects of climate change. As always, our staff are deeply committed to executing our statutory role to enforce, protect and conserve our native fish stocks and in particular salmon and migratory sea trout. This is very much aligned with our new corporate plan and vision as the statutory agency charged with protecting the Inland Fisheries Resource.”

According to the organisation’s 2020 report, five rivers accounted for over half of all salmon caught by anglers and commercial fishermen last year. These were: the River Moy in Co. Mayo, the River Blackwater in Lismore, Co. Waterford, the River Laune in Co. Kerry, the Corrib in Co. Galway and the Lower Lee in Cork.

Meanwhile, between now and December 1st, Inland Fisheries Ireland is running a public consultation on the future management of the Wild Salmon and Sea Trout Tagging Scheme. The state agency is encouraging anyone with an interest in the area to submit their views on how the tagging system can be improved and modernised. It is especially keen to hear from salmon and sea trout anglers, angling clubs, commercial fishermen and those businesses that distribute salmon and sea trout licences, such as fishing tackle shops.

More information about the Wild Salmon and Sea Trout Statistics Report 2020 and the current public consultation about the tagging scheme can be found on www.fisheriesireland.ie

The principal aims of the Wild Salmon and Sea Trout Tagging Scheme are to provide a means of collecting accurate nominal catch statistics and estimates of salmon and sea trout stock exploitation, to develop best management strategies and to ensure these species are exploited in a manner consistent with their long-term sustainability on a national, river basin, fishery district and river basis. 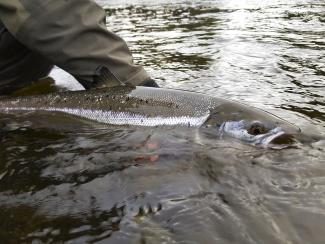 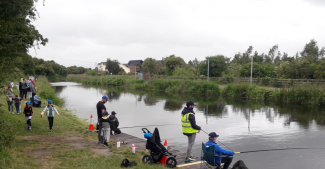 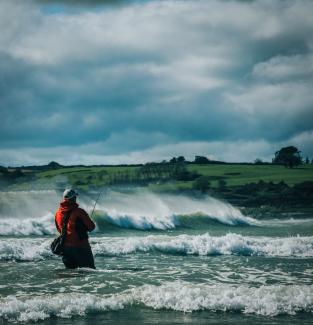