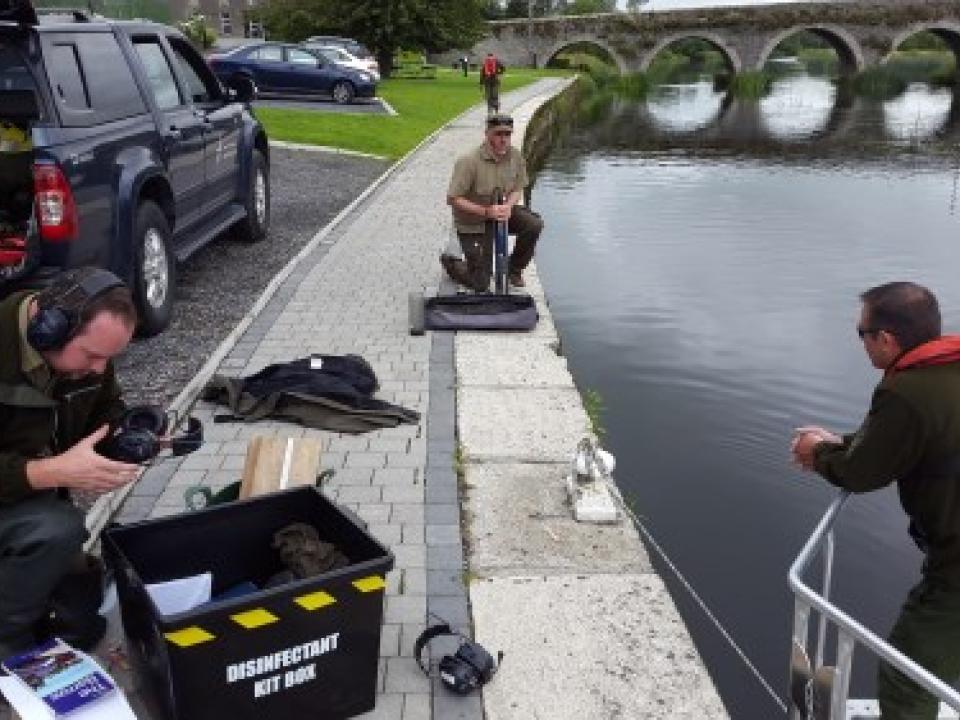 Inland Fisheries Ireland (IFI) has today (18.12.15) launched a summary report on the findings of fish stock surveys undertaken in all water bodies (lakes, rivers and transitional waters) during 2014. The report, ‘Sampling Fish for the Water Framework Directive’, also outlines the current ecological status of fish stocks in each water body.

IFI has been assigned the responsibility by the Environmental Protection Agency (EPA) to deliver the fish monitoring requirements of the Water Framework Directive (WFD). The fundamental objectives of the WDF are to protect and maintain the status of waters that are already of good or high quality, to prevent any further deterioration, and to restore all waters that are impaired so that they achieve at least a good ecological status.

The fish monitoring programme has been conducted annually since 2007 at specified locations.  The second year of the third three-year cycle began in 2014 with an extensive surveillance monitoring programme; 70 river sites, 26 lakes and seven transitional water bodies were surveyed throughout the country.

Dr. Cathal Gallagher, Head of Research and Development in Inland Fisheries Ireland, said: “I would like to congratulate all who have contributed to the significant level of work which was undertaken in 2014.  This work provides information on the ecological status of fish species present in selected waterbodies as well as information on their abundance, growth and population demographics for fishery managers, legislators, angling clubs, fishery owners and other interested parties”.

Dr Ciaran Byrne, CEO of Inland Fisheries Ireland, commented: “I welcome this summary report of IFI’s fish monitoring programme for the Water Framework Directive. The information captured in the report gives us an increased understanding of the dynamics and changes in our fish populations at sample locations throughout Ireland.”

In general, salmon, brown trout, sea trout and Arctic char were the dominant species in the north, west and south-west of the country.  Perch were recorded for the first time in a lake in Donegal.  This introduction was illegal and the source is unknown; further investigation will be undertaken by IFI.

According to the report, 62 per cent of lakes were classified as ‘good’ or better status, with three sites having improved in status since they were last classified. The geographical variation in ecological status reflects the change in fish communities of upland lakes with little human disturbance versus the fish communities of lowland lakes subject to more intensive anthropogenic pressures.

A total of 14 fish species and one type of hybrid (roach x bream) were recorded in 70 river sites (or 50 water bodies) during 2014.  A total of 13,480 fish were counted.  Brown trout was the most common fish species recorded (96 per cent of sites), followed by salmon (77 per cent), eel (56 per cent), stone loach (50 per cent), minnow (39 per cent), and three-spined stickleback (39 per cent).  Sixty per cent of river sites were classified as ‘good’ or better status, with two sites having improved in status since they were last classified.

A total of 50 fish species (or 40,362 individual fish) were recorded across two transitional waters (seven transitional water bodies). The highest number of species recorded in a water body was 29, in the Lower Shannon Estuary.  Flounder and sand goby were the most widespread species, while sprat was the most abundant.  Some important angling species documented during these surveys included brown trout, European sea bass, salmon, sea trout, pollack and conger eel.  Overall both waters achieved ‘good’ status.

The report is available for review and download at wfdfish.ie/wp-content/uploads/2010/05/WFD_Report_2014_FINAL.pdf. An interactive fish survey map is available at ifigis.ie/wfdfishmap.

Inland Fisheries Ireland is a statutory body operating under the aegis of the Department of Communications, Energy and Natural Resources and was established under the Fisheries Act on 1st July 2010. Its principal function is the protection and conservation of the inland fisheries resource. IFI will promote, support, facilitate and advise the Minister on, the conservation, protection, management, development and improvement of inland fisheries, including sea angling and develop and advise the Minister on policy and national strategies relating to inland fisheries and sea angling. For more information visit www.fisheriesireland.ie. 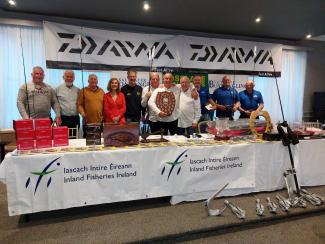 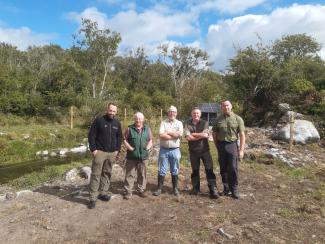 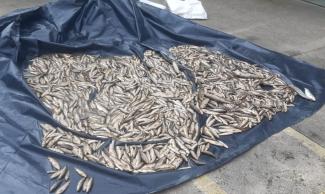