With Met Éireann forecasting a heat wave for large parts of the country, combined with lower-than-average rainfall, Inland Fisheries Ireland is warning that there is a high risk of fish kills due to thermal stress and reduced oxygen levels in lakes and rivers.

Also known as deoxygenation, reduced oxygen levels in a river or lake make it very difficult for fish to breathe and survive.

The state agency, which is responsible for the protection and conservation of freshwater fish and habitats, is concerned that water levels in many rivers are low and approaching drought conditions. Therefore, it is appealing to anglers, the farming community and the general public to report any sightings of fish under thermal stress, which may be caused by the extreme heat combined with low water levels and other pressures.

Anglers are also being asked to voluntarily stop using ‘keep nets’ while high temperature warnings from Met Éireann are in place, as these nets may cause unintentional distress to fish. In addition, anglers that practice ‘catch and release’ fishing are asked not to fish during the heat wave where possible, as this may put undue pressure on fish populations.

Dr Gregory Forde, Head of Operations at Inland Fisheries Ireland explains: “Unfortunately low water levels and high water temperatures can lead to fish kills, especially as there is less oxygen in the water to allow fish to breathe.  Once the water temperature exceeds 20 degrees Celsius, fish species such as salmon and trout suffer ‘thermal stress’. During the current heat wave, air and water temperatures are approaching dangerous levels and fish kills may be unavoidable. In some instances, moving fish in and out of the water may also prove too stressful.  That’s why we’re asking anglers practicing catch and release fishing to consider taking a break from fishing while high temperature warnings are in place. We’re also asking anglers to voluntarily stop using ‘keep nets’, until conditions become more favourable.”

Forde said: “Inland Fisheries Ireland staff are continuously monitoring water bodies, such as rivers and lakes, for any signs of fish suffering thermal stress in shallow water or drying out rivers and streams. We’re encouraging the public to report any sightings of fish suffering thermal stress to our 24-hour confidential hotline on 0818 34 74 24 so we can respond as quickly as possible to help rescue or relocate these fish.”

“It is also a good time to remind all those using pesticides that these should be used only as a last resort, always in accordance with product instructions and always respecting statutory ‘no use’ zones, being mindful at all times of proximity to water bodies such as ditches, streams, ponds, rivers, lakes and springs. Even a very small amount of pesticide can be highly toxic to the aquatic environment,” he added.

To report sightings of fish suffering from thermal stress or fish kill incidents, members of the public are encouraged to call Inland Fisheries Ireland’s confidential 24-hour hotline number on 0818 34 74 24, which is open seven days a week.

Figures from the Lough Sheelin water temperature and meteorology report for July 2022 show: 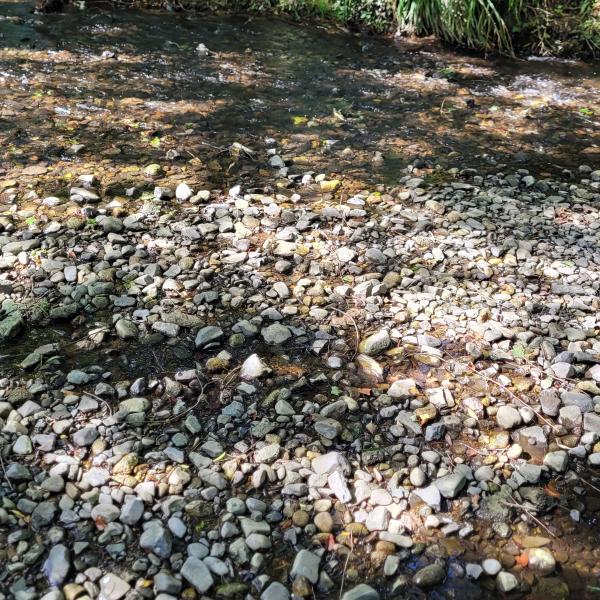 This image shows low water levels along the Owendoher River in Dublin 6, which is the largest tributary of the River Dodder. (Image taken by Inland Fisheries Ireland on 06.08.22) 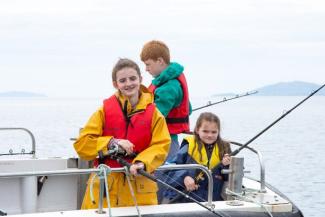