Anglers in Ireland are taking part in a unique catch, tag and release programme to help Irish and international scientists learn more about the largest tuna in the world – the Atlantic bluefin tuna.

Under the Tuna CHART programme, recreational anglers on board twenty-two authorised charter vessels will be catching bluefin tuna and skippers will be tagging and releasing them back into the sea, alive, from July to November this year.

The data collected on board authorised vessels will then be used for scientific assessment to improve knowledge of population structures, fish size and how bluefin tuna is distributed in Irish waters and throughout the North Atlantic.

Under strictly-controlled conditions, 685 bluefin tuna were caught, tagged, measured and released through the Tuna CHART programme in 2020. All bluefin tuna were caught by anglers in Irish coastal waters and then tagged by skippers. The fish is always kept in the water to ensure correct handling and tagging; the largest tuna tagged in Ireland in 2020 was 2.75 metres long, estimated to weigh over 800 lbs (approximately 360 kgs). 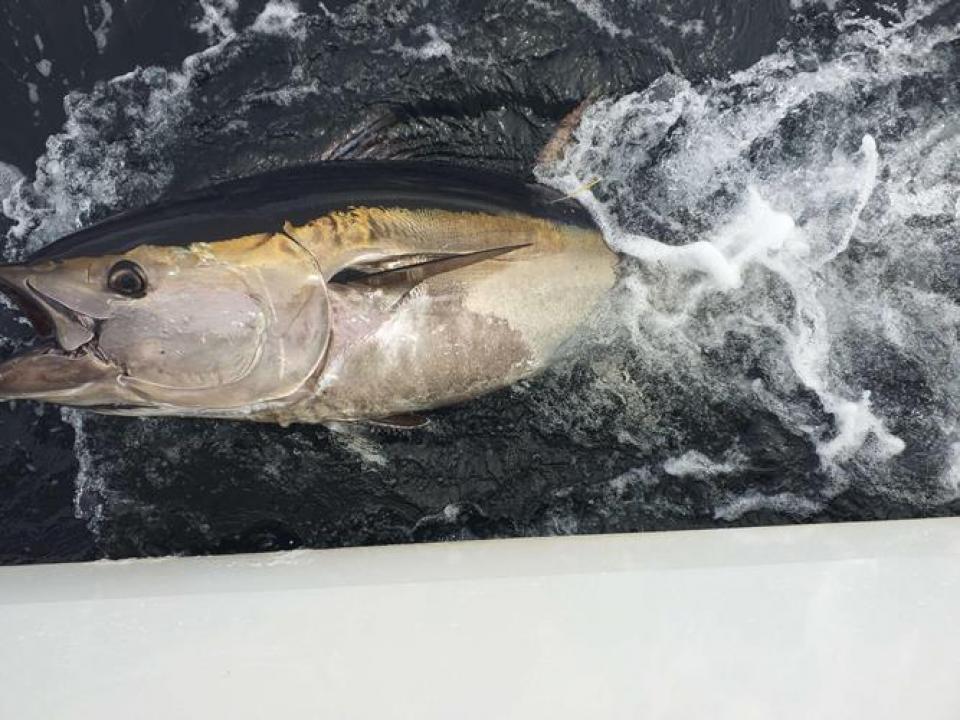 Eamon Ryan TD, Minister for the Environment, Climate and Communications said: “The 22 angling vessels authorised by my Department will contribute substantially to essential Bluefin tuna data collection as they migrate along the Irish coastline.  The recreational fisheries sector is crucial in the delivery of this data collection programme and we look forward to continue working with all the State agencies involved. I want to acknowledge the key role of the authorised charter skippers and their crews who are bringing their unique expertise to bear on providing valuable data for scientific purposes, and the ‘citizen scientist’ anglers who will catch the fish. The fact that 685 fish were tagged last year with no mortalities recorded is a great achievement by the skippers.”

Charlie McConalogue T.D., Minister for Agriculture, Food and the Marine, welcomed the continuation of the programme for 2021: “As a Donegal man, I have a keen interest in the Bluefin tuna data collection programme. I am delighted at the ongoing success of this programme as it allows our scientific partners in the Marine Institute and Inland Fisheries Ireland to collect valuable data and improve our understanding of the migratory patterns of Bluefin tuna in Irish waters in a tightly controlled environment. This programme also provides our Coastal Communities with access to a highly desired angling market that will bring a new demographic of tourists to our spectacular Wild Atlantic Way. I am particularly pleased with the large increase in data collected in 2020, despite the restriction in place as a result of Covid and am anticipating an even more successful season this year thanks to our experienced skippers who have received authorisations for 2021.”

Under the tagging programme, twenty-two angling charter vessels have been authorised to take anglers fishing for bluefin tuna on a catch, tag and release basis, during the open season. All skippers have been fully trained while vessels have been fitted with a customised GPS device. Data is collected by skippers digitally by means of a specifically designed app.

Anglers looking to fish for bluefin tuna in Irish waters may only do so from an authorised charter vessel from now until 12th November 2021. The Sea Fisheries Protection Authority and Inland Fisheries Ireland are undertaking inspections and patrols around the coast to ensure that no unauthorised vessels are targeting or catching bluefin tuna.

Both organisations have also confirmed that any person engaging in fishing for bluefin tuna on a vessel which is not appropriately authorised, would be in breach of the Sea-Fisheries and Maritime Jurisdiction (Bluefin Tuna) Regulations 2019 (S.I. No. 265 of 2019) and would face prosecution.

Like last season, skippers will have to adhere to any local or national Covid-19 public health guidelines that may be put in place. A full list of authorised skippers and vessels for the Tuna CHART programme in 2021 can be found at www.fisheriesireland.ie/bluefin.

Previously, under International Commission for the Conservation of Atlantic Tunas (ICCAT) rules, Ireland could not allow targeted angling for the purpose of data collection for Bluefin tuna. The changes secured by Ireland at the ICCAT 2018 Annual Meeting now allow limited targeting of Atlantic Bluefin tuna for the purpose of collecting scientific data only by recreational anglers.

Atlantic Bluefin tuna is the largest tuna in the world:

A full list of 2021 authorised skippers can be found below: